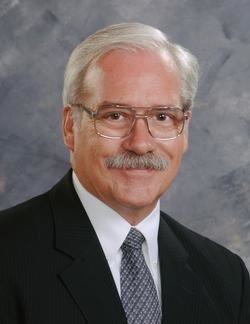 Jay is a 1971 graduate of Philipsburg Osceola Area High School and attended Penn State University. He graduated from the Pittsburgh Institute of Mortuary Science as valedictorian with high honors earning his Embalming Diploma and Associate in Specialized Business Degree in Funeral Service Management.

Jay has more than 45 years of experience in funeral service and joined the staff at Koch Funeral Home in 2008. He completed courses in 2011 and has been certified as a Crematory Operator for Oakwood Crematory, located on the premises at the Koch Funeral Home.

Jay attends many conventions, professional seminars and continuing education classes each year to keep pace with the ever-changing funeral industry and enjoys sharing his funeral knowledge with local groups when called upon so to do.

Jay, a long-time resident of Philipsburg, now resides in State College with his wife Sherrill. Together they have three children and four grandchildren. Jay and Sherill enjoy spending time with their family and traveling. He is a 45-year member of the Moshannon Lodge #391 Free and Accepted Masons. He is a life member of Philipsburg Elks Lodge #1173 where he served as Exalted Ruler in 1981 and 2002. He served as a District State Vice-President in 2004 and District Deputy Grand Exalted Ruler in 2005. He is also a Life Member of the Reliance Fire Company    # 1 in Philipsburg. Jay is active in the Penn State booster clubs for both the men's and women's basketball teams and he is a member of the State College Quarterback Club. He is also a volunteer at the Coaches vs. Cancer annual golf tournament.