Has community service been a part of your life?

Has community service been a part of your life? 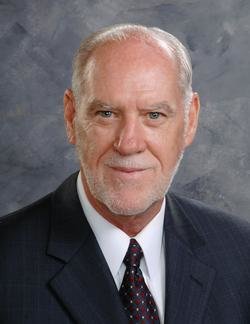 “Service to humanity is the best work of life. I’ve spent my life doing it and would rather work for the benefit of others than anything else. A good funeral director needs to have that kind of mindset.” Serving humanity is one reason F. Glenn Fleming, Koch Funeral Home Funeral Director and Supervisor, got involved in the funeral industry and why he has given so much of his time to community organizations and service groups. The same is true for Funeral Director and Funeral Services Manager, John “Jay” Herrington.

For Glenn, community service was impressed upon him in mortuary school, and is one of the guiding foundations of his life after his own family and the importance of education.  As a young funeral director, Glenn wanted to give back to his community and get to know others. He joined the Jaycees in Hollidaysburg, got involved in various activities and learned lifelong skills. Glenn learned about leadership, organization, budgeting, presentation and service all while having fun. Some of the programs he was involved with were Punt, Pass and Kick, Toys for Tots and building parks. Once asked if he’d rather have a clean garage or go and help in his community, Glenn chose the latter. On weekends he would include his children in his activities and community service became a family affair.

From Hollidaysburg, Glenn moved to State College and soon after joined the Kiwanis. His weekly meetings and activities with them began in 1975 and continue to this day. Over the years he chaired the yearly high school basketball tournament (being held December 28 and 29, 2016), advised the high school sponsored group, Key Club, and participated in countless other programs. In addition to the many friendships he's created and lives he's touched, Glenn knows he's been touched as well. Caring for others feels good and helps to keep him grounded. Glenn has also served in various capacities with the YMCA, Easter Seals, Pennsylvania Centre Orchestra, St. Andrew’s Episcopal Church and the Pennsylvania Funeral Directors Association (PFDA).

For Jay, community service has been a big part of his life too. Both his grandfather and father were dedicated Elks and as a child Jay helped them set-up banquets. At the age of 18, Jay joined Philipsburg’s volunteer fire company and became a life member. He was also a Jaycee and helped organize the Miss Teenage Central Pennsylvania and state pageants. Then at age 21 he started his lifelong membership with the Benevolent and Protective Order of Elks.

Like his grandfather, father, mother, brothers, and other family members – a total of twenty – Jay has given a lot to his community through the Elks. Officially, he had two meetings per month, but his commitment was five days a week. Jay served in many roles, including Exalted Ruler, at the local level, District Vice President at the state level and District Deputy Grand Exalted Ruler at the national level. He worked on many community holiday events such as the Easter Egg Hunt, Christmas party, Mother’s Day service, and Memorial Day services. Even after moving to State College, Jay continues to help the Philipsburg Elks with the famous local 37-foot Santa Claus.

Community service fits with his philosophy of being a giver. He appreciates that through his service, the community opened and enabled him to interact with and meet many people. In addition, Jay likes the camaraderie within service organizations, and with his free time he derives great satisfaction from giving back.

Q&A With Remembering A Life

Q&A With Remembering A Life

Love is Stronger Than Death

This month Jackie Naginey Hook talks to Holly Reigh about the importance of having conversations and being present before and after death. Holly is a nurse who passionately advocates and cares for ...

Whole, But Not the Same

This month Jackie Naginey Hook talks to Jennifer Stubbs about being whole but forever changed as the result of pregnancy and early infant loss. After the loss of her first son, Jennifer became a pa...

This month Jackie Naginey Hook, MA, and Evelyn Wald, MS, M.Div, LPC, discuss ways to find balance after the loss of a loved one. Evelyn has more than 25 years as a grief counselor, is the program d...

Why Are Rituals Important?

This month Jackie Naginey Hook and F. Glenn Fleming, supervisor and funeral director with Koch Funeral Home, have a conversation about why rituals are important. They also discuss the Because LOVE ...

To Embalm or Not to Embalm

To Embalm or Not to Embalm When a loved one dies, family members are confronted with decisions regarding how they would like to honor the life that was lost. One of the first questions the funeral...

How did you choose the funeral director profession?

How did you choose the funeral director profession? “I like helping people and making them feel better in times of need.” For Katie DeCapria, funeral director intern, that sums up why she chose th...