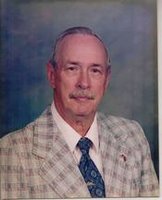 Richard D. Koontz, 80, of Pennsylvania Furnace, PA, died Friday, November 11, 2011, at his son's residence in Lewistown, PA. Born January 26, 1931, in Johnstown, PA, he was the son of the late James and Nellie Lehman Koontz. He married Shirley Lou Coyle in 1950, who preceded him in death on July 31, 1996. He was also preceded in death by his son James L. Koontz, March 29, 2011. He is survived by a son, Richard B. and his wife, Sharon Koontz of Lewistown, PA, a daughter-in-law, Georgia Koontz of Jacksonville, FL, four grandchildren, and eight great-grandchildren. He served in the U.S. Army during the Korean War. He was a graduate of Johnstown High School class of 1949. He received an associate's degree from RCA Institutes in New York City in Electronics Engineering in 1951. He worked for 28 years at Applied Research Lab as an Electronics Engineer and retired in 1993. He was a member of the Fairbrook United Methodist Church. Richard was the owner of Ye Olde Huff n Puff Shop in Pennsylvania Furnace, a member of Battery "B", 3rd PA Volunteers, Civil War Reenactment Group serving as Captain, the N. Track Model Railroad Club, and the Nittany Valley Model Railroad Club. Visitation will be held Tuesday, November 15, 2011, from 6 - 8 p.m., at the Koch Funeral Home, 2401 S. Atherton Street, State College, PA 16801. The funeral service will be held on Wednesday, November 16, 2011, at 10:00 a.m., at the Koch Funeral Home, with Reverend Gene E. McCallips, Officiating. Interment will be at the Richland Township Cemetery in Johnstown, PA. Memorial contributions may be made to the Hospice: The Bridge at 400 Highland Ave., Lewistown, PA 17044. Arrangements are under the care of Koch Funeral Home, State College. Online condolences may be made at www.kochfuneralhome.com.