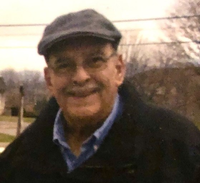 Barry Vincent Intorre, 75 of Boalsburg, passed away peacefully with family at his home on May 28, 2021. Born in Bellefonte, PA, he was the son of Salvatore and Adaline Intorre, who both preceded him in death.

He is survived by his wife, Angela Viglione, two daughters, Kelly Ammerman (Jeff) of Lewistown, PA and Claire Roland, also of Lewistown, PA; a step-son, Christopher Swavely (Anna) of Pittsville, WI. Also surviving are his sister, Kimberly Intorre of State College, and a brother, Anthony Intorre (Denise) of Philipsburg. In addition to his parents, was preceded in death by his first wife, Donna (Eby);  two sisters and their husbands: Mafalda 'Miffie' (Intorre) Houtz and her husband (Raymond) Frederick, MD; Angela (Intorre) Faulkner and her husband (Ronald) Englewood, OH. He is also survived by ten nieces and nephews, his newest furry companion, Parker; Kitty and two rather communicative parakeets, Mario and Lugina.

Barry was a 1963 graduate of State College High School. He also graduated from a computer school in St. Louis, MO.

He was in the Army Reserves for 22 years. Barry was a letter carrier for the United States Postal Service for 37.5 years retiring in 2003, so he could spend more time with his mother.

Barry had a special love for Cadillacs and fast cars! Various stories allude to the fact that the film, Ferris Bueller’s Day Off, might have been based on his teen years.

He was a true gentleman, who would always put others first before himself. His quick wit and sense of humor will be missed by many! He loved his family and friends and had a way with lifting others' spirits.

Funeral service will be at 11 a.m., on Wednesday, June 2, 2021, at the funeral home, with the Reverend Dan Nold officiating.

Entombment will be in the Centre County Memorial Park Garden Mausoleum.

Due to Barry's love of all creatures big and small, memorial contributions may be made to PAWS: https://www.centrecountypaws.org/donate