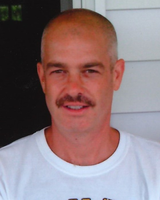 Born July 3, 1965 in Bellefonte, he was the son of the late Richard L. and Norma Lesh McCarl, who resides in State College.

In addition to his mother, he is survived by his two children; Christopher Patrick McCarl and his wife Kelly of State College, and Cyrus Glenn McCarl of Tylersville, a brother; Eric McCarl and his wife Julie of Rancho Palos Verdes, CA, and grandson; Keegan. He is also survived by his beloved dogs Remi and Lena. He was preceded in death by brother David L. McCarl in 1987.

He was a member of the State College Presbyterian Church. He enjoyed hiking, hunting, fishing and classic Rock and Roll music.

The Funeral service will be private at the convenience of the family.

Memorial donations may be made to PAWS at https://www.centrecountypaws.org/donate.