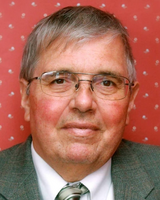 Born on June 7, 1948, in Bellefonte, he was the son of the late Hugh Taylor Manchester, Bellefonte Historian, and Erna Jaschke Manchester. On September 6, 1970 he married Marlene Ann Correri, who survives. Preceded in death by his sister Christina Smeltzer.

He is also survived by two children, Brian Vincent Manchester of Julian, and Catherine Elisabeth Manchester Foreman and her husband, John of Bellefonte.

Bruce served in the United States Army during the Vietnam War and was stationed at Fort Benning, Georgia serving as an instructor with a rank of First Lieutenant. He received a Bachelor's degree in Education from Penn State University, a Master's in Education from Georgia State University, and a Juris Doctorate as part of the inaugural class at Thomas M. Cooley School of Law. Following graduation from law school he moved back to his hometown of Bellefonte where he would open R. Bruce Manchester & Associates in 1979. Bruce would retire from Manchester & Associates in 2017. During his life, Bruce was an honorary member of the Logan Fire Department, member of the Bellefonte Rotary Club in addition to supporting the Willowbank Legal Defense Fund. Bruce enjoyed assisting with the Curtin Village Apple Butter Days. In the mid-1980s Bruce served as a deacon with the First Presbyterian Church of Bellefonte.

Following in his father's footsteps, Bruce was an avid admirer of all things Bellefonte and would often tell stories and speak to anyone about the importance and love for his hometown. He loved his profession, but more importantly he loved his family beyond measure.

A memorial service will be held on Sunday, September 12, 2021 at 2pm at the First Presbyterian Church of Bellefonte, 201-203 N Spring St, Bellefonte, PA 16823. Please make sure to wear a mask and practice social distancing.