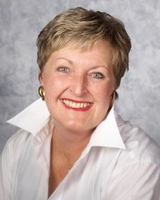 Lynn Ellen Drafall, age 66, passed from this life on September 21 after a 7 year battle with ovarian cancer.

Lynn taught choral music for eleven years in the public schools of Illinois and one year at the University of Mississippi before moving to Pennsylvania. She joined the faculty of the Penn State School of Music in 1992. At Penn State, she taught courses in undergraduate and graduate choral conducting and conducted the Concert Choir and was the founding conductor of the Oriana Singers. She worked with festival choirs throughout the midwest and mid-Atlantic, and conducted all-state high school choirs in Illinois, Pennsylvania, West Virginia, New Jersey, Delaware, and Maryland. Penn State choirs under her direction toured England, Germany, and Austria, and also toured nationally. In addition, they performed at conferences of the American Choral Directors Association and the Pennsylvania Music Educators Association. She received the University's George W. Atherton Award for Excellence in Teaching in 2008, and received the Pennsylvania Music Educators Association's Citation of Excellence in 2011. In 2013, she received the Elaine Brown Award for Choral Excellence from the Pennsylvania chapter of the American Choral Directors Association.

She was a past president of the Eastern Division of the American Choral Directors Association, as well as a past president of the Pennsylvania state chapter. She published articles in the Music Educators Journal, Bulletin of the Council for Research in Music Education, and PMEA News. Lynn retired from Penn State in 2018 as Assistant Director for Outreach and Marketing for the School of Music.

Lynn had a remarkable career in music education. She touched the lives of thousands of young people and forever instilled in each one a love of choral music. She was an especially dynamic role model for young women who wished to conduct music ensembles or hold a leadership position in virtually any field. Her former students were her pride and joy. Her spirit will live on in the hearts of so many.

In addition to her husband of 42 years, Bob, Lynn is survived by sister-in-law Margaret Drafall of Elgin, IL, and nephews Todd (Melissa) of Aurora, IL and Ryan Drafall (Karla) of Memphis, TN; and many cousins.

In lieu of flowers, memorial contributions can be made to support the Choral Department in Penn State's School of Music, where Lynn made a lasting impact with her teaching and leadership. Gifts can be made online through raise.psu.edu/lynndrafall or via check, payable to Penn State, to Donor and Member Services, 2583 Gateway Drive, Bristol Place One, Suite 130, State College, PA 16801. Please indicate that your contributions are in Lynn Drafall's memory. A celebration of Lynn's life will be held at a later date on the Penn State campus.