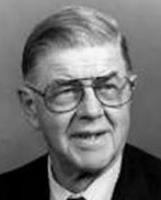 He is survived by one son, John B. MacChesney, Jr. and his wife Jean of Jersey Shore; one grandchild, Kasey; and two great-grandchildren, Neveah and Aria.

John was born on July 8, 1929 in Glen Ridge, NJ and lived in New Jersey for most of his life. He enjoyed skiing, playing Bridge and traveling with Janice, his wife of 60 years. He witnessed the end of the steam era and was fond of steam powered trains. He collected antique cars and spent countless hours restoring them.

He received his B.A. degree from Bowdoin College in 1951 and served in the U.S. Army during the Korean war. In 1959 he received his Ph.D. in geochemistry from Pennsylvania State University, and joined Bell Laboratories where he rose to the level of Bell Laboratories Fellow, the highest honor for non-management personnel. He engaged in research on ceramics and single crystals of interest for their electrical or magnetic properties. In 1972, he foresaw the potential of optical fibers for communication technology and turned his attention to glass, specifically, a means to produce vitreous silica of purity and configuration needed for optical fibers. John invented the Modified Chemical Vapor Deposition (MCVD) process used worldwide to produce optical fibers and is known as one of the forefathers of optical fiber technology.

As a materials scientist and innovator, John is credited with over a hundred publications and a like-number of domestic patents for the processing of photonic components. HE has received national and international recognition which includes: The Tyndall Award by the Optical Society of America/Institute of Electrical Engineers, and The Charles Draper Award by the National Academy of Engineers. John was a member of the National Academy of Engineering and the World Academy of Ceramics. He was an adjunct professor at Gwangju Institute of Science and Technology in South Korea.

Burial will be in Prospect Hill Cemetery, Caldwell, NJ.