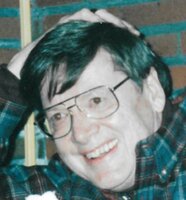 Richard R. "Dick" Wilson, 79, of State College, died Friday, October 8, 2021. Born on March 21, 1942 in Philipsburg, PA, he was the son of Richard and Ann (Hollenback) Wilson who preceded him in death as did his older brother, John A. Wilson of Philipsburg whom he idolized his entire life. He was the grandson of Charles Hedding Rowland who built Philipsburg's Rowland Theatre. On October 18, 1976, Dick married his beloved wife Barbara D. "Barb" Dozier who preceded him in death in 2017 after sharing almost 41 years together.

Dick is survived by his daughter Dana Ann Wilson and son Brad Wilson; grandchildren Samantha, Matthew and Andrew; and great-grandchildren Phoenix and Isaiah all of Atlanta, GA. Also surviving are his niece, Wendy Semuskie (Greg) of Gaithersburg, MD and nephews Gregory A. Wilson (Christine) of Philipsburg, PA and Christopher W. Wilson (Stacey) of Middletown, MD. Additionally surviving are his brother-in-law and sister-in-law Tommy and Wanda Dozier and nephew's Clint Dozier (Lynn) and Michael Dozier (Kim) all of Huntsville, AL.

Dick was valedictorian of the graduating class of 1960 at Philipsburg-Osceola Senior High School. He graduated from Penn State University in 1964. After graduation and service in the U.S. Army, Dick began a successful career in human resources, first with Westinghouse and then, for the majority of his career, with Fox-Morris Associates. He served in the Atlanta, GA Fox-Morris office before relocating to State College where he established a local Fox-Morris presence successfully finding, recruiting and placing human resource executives with companies and organizations throughout the United States.

Dick was a prolific golfer who played several times weekly until health issues finally forced him to give up playing. He was an avid gardener as evidenced by the two homes where he and Barb lived in State College. When working in his yard, he always had dog treats in his pocket and all the neighborhood dogs and their walkers knew it! He enjoyed his Sunday night low-stakes poker games with the same group of loyal friends for many years and continued playing, when possible, even as his health declined. He was a huge Nittany Lion football, wrestling and Lady Lion's volleyball fan, always willing to make a dollar "side bet" on any aspect of the game or match. For decades, Dick and a small group of friends would gather in each other's homes to watch Monday Night Football. Dick's was the most highly decorated "Man Cave" (basement) with, at one time, more than 200 college and university ball caps adorning the wall. He was a fan of old movies with his favorite being "High Society". He enjoyed history and particularly delving into the minutiae of WW II. Dick would fondly recall his youth growing up on Philipsburg's South Center Street running with a group of kids who played together all day, made their own fun and sometimes even a little mischief. He enjoyed his high school reunions catching up with classmates.

Richard R. Wilson stoically battled Parkinson's Disease with grace and dignity. He died on his own terms.

In lieu of flowers, memorial donations may be made to the Parkinson's Foundation by visiting https://www.parkinson.org/ways-to-give or to the Rowland Theater in Philipsburg http://www.rowlandtheatre.com/