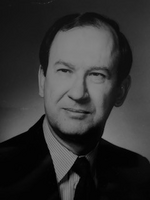 It is with great sadness that we announce the passing of Thomas M. York of State College, PA on January 16 at Penn State Hershey Medical Center, following a courageous battle with leukemia.

Tom was born in Nesquehoning, in eastern Pennsylvania, on April 8, 1939, the son of Michael C. and Margaret M. (Lapos) York. He attended Catholic grammar school and public high school. Those years brought fond memories of mountain walks and fishing in the mountain streams with his father, older brothers, and friends.

He was born with curiosity for science. At the age of 17, he followed his passion to study flight and engineering, enrolling as a student in Aeronautical Engineering at Penn State in 1956. Completing a BS in 1960, he was fortunate enough to begin work with research on space-and hypersonic-flight at Cornell Aeronautical Research Lab. On being offered a fellowship, he returned to Penn State and completed an M.S. in 1961.

Following graduation, he was appointed as Assistant Professor of Engineering at the U.S. Naval Academy, Annapolis, Maryland, where he taught mechanical engineering and naval aviation engineering courses. He returned to graduate study in 1965 at Princeton University under a Guggenheim Fellowship, completing the Ph.D. in Aerospace Sciences in 1968.

Tom then returned to Penn State, accepting a faculty position in the Aerospace Engineering Department, where his field of interest was ionized gas (plasma) flows; he rose to the rank of Professor in 1981. His work was interdisciplinary, and he affiliated with the Ionosphere Research Laboratory in the Electrical Engineering Department. He established the Plasma Research Laboratory, which was supported by the U.S. Dept. of Energy, NASA, USAF, US Army and NSF. He also affiliated with the National Laboratories: Los Alamos, Livermore, NASA Lewis, AF Astronautics, and U.S. Army Atmospheric Research. His graduate students received degrees in Aerospace, Nuclear, Electrical Engineering and Physics.

For all his research and expertise, the classroom is where Tom truly shined the brightest. His knowledge and passion were readily apparent to anyone who took his classes. Tom held teaching as his highest calling. While at Penn State, he received numerous awards for excellence in teaching and advising. In 1981, he received the University's Lindback Award for distinguished teaching. He was active in college academic affairs and University Graduate Council, chairing numerous committees.

In 1987, Tom accepted a position as Chair of the Aerospace Engineering Department at Ohio State University, Columbus, Ohio, but maintained his residence in the home that he and Mary had built and loved in State College, which overlooked the valley and Mount Nittany. At OSU he was appointed to a number of positions in university governance including Chair of a Science Research Administration Review Committee and Chair of University Senate. He was involved in managing a University Financial and Academic Restructurings, and he created the Oversight Committee of Faculty and Administration to facilitate cooperative and positive changes.

Following that period, in 1994, he accepted an appointment to a position in Washington, D.C., at the U.S. Department of Energy in the Office of the Asst. Secy. of Science, where he served from 1994 to 1998. There, he was Department of Energy liaison to National Laboratories, International Programs, and Federal Science Agencies, including serving on a Presidential (Clinton) Review Committee on Federal Support of Universities.

Tom resumed his faculty position at Ohio State in 1998 and retired in 2007. He then returned permanently to his residence in State College, where he continued his work in research and textbook preparation. He completed two textbooks focusing on Plasma Physics.

From 2000, Tom began cooperative teaching and research projects with the School of Astronautics at Beijing University of Aeronautics and Astronautics; that activity continued until his passing.

Tom married Mary (Bober) York on September 4, 1961. She was his loving wife of 60 years, his love, his joy, and his cherished companion. Together, Tom and Mary travelled the world, visiting 96 countries together. In addition to his wife, Tom is survived by a sister, Cecilia, wife of Francis Krajcir of Allentown, PA; a brother, Charles, husband of Maria Pilar of Richmond, VA; a brother-in-law, John Bober and his wife Lorraine; and several nieces and nephews. Tom was pre-deceased by three brothers: Michael, John, and Frank; two sisters: Margaret Dolena and Anne Polivka; and brother-in-law Michael Bober.

Tom was a member of Our Lady of Victory Church. Funeral services will be private at the convenience of the family. Arrangements are under the care of Koch Funeral Home, State College, PA. Online condolences may be entered at www.kochfuneralhome.com. In lieu of flowers, memorial contributions in the memory of Dr. Thomas M. York can be made to the Penn State Department of Aerospace Engineering at: raise.psu.edu/thomasyork.

Tom will always be with us wherever we go, because of the way he lived his life. Our purpose going forward is to honor his memory, by doing our best to act as he would act, love as he would love, listen as he would listen, and teach as he would teach.

To the living, I am gone.

To the sorrowful, I will never return.

To the angry, I was cheated,

But to the happy, I am at peace,

And to the faithful, I have never left.

I cannot be seen, but I can be heard.

So as you stand upon a shore, gazing at a beautiful sea-remember me.

As you look in awe at a mighty forest and its grand majesty-remember me.

As you look upon a flower and admire its simplicity-remember me.

Remember me in your heart, your thoughts, your memories of the times we loved,

For if you always think of me, I will never be gone.