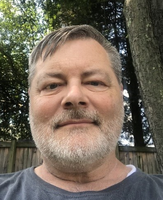 John Mahlon Bauer, Jr., 63, of Bowie, MD, died unexpectedly on Tuesday, January 25, 2022. He was born on March 26, 1958 in Pittsburgh, PA, the son of John Mahlon Bauer and Annette (Candek) Bauer. On May 27, 1995 he married Dr. Beth Henry, who survives. He was preceded in death by his sister Jane Hull in January 2020 and his baby sister Anne. Surviving in addition to his wife Beth are his parents John and Annette Bauer, his brother William Bauer and wife Lisa; his brother-in-law Edward Hull; father-in-law Frank Henry and mother-in-law Barbara Henry; sisters-in-law Karen Phillips (Ricky); and Alison O'Neill (David); brother-in-law Bryan Henry (Shirl); and many nieces and nephews. After graduating from Shaler Area High School in 1976, John continued his formal education at Median School (Animal Health Technician) and PSU Dubois in 1985 with a degree in Wild Life Management. John mastered many skills - an assistant in his father's auto shop; a bartender; Ordinance Enforcement Officer in State College; a veterinary technician in Ohio; interpretive and gypsy moth research work as a park employee in Shenandoah National Park and the Promise Land State Park in the Poconos and a crew leader for the PCC. Later, as he and Beth moved to Texas and Missouri, he used his extensive knowledge of camera and photography to assist camera shops to expand sales from traditional technology to emerging digital camera systems. John had many interests and hobbies. He was an accomplished wood carver, making many complex figures. He belonged to the Woodcarvers Club of Columbia, Missouri. His passion for his Harley-Davidson motorcycle led him and friends to plan and coordinate daily touring trips. He also enjoyed collecting knives and ink pens. Along with Beth and beloved dog, Maggie (sheltie dog), they spent many hours hiking and walking in parks and local woods. John's love of his pets, especially cats was unending. He will be missed by his cats Neko and Jack, both of whom provided him loving companionship and who vied for his attention. John and Beth took ocean cruises and traveled extensively throughout their twenty-six years of marriage to numerous European countries, Australia, Japan, Alaska, Hawaii, the Smokey mountains, the Outer Banks of NC, and Delaware beaches. Those who knew John well will remember his kindness, sharing his time and talents, surprising family members with unexpected gifts, and knowing he would show up with a new hat for each special occasion. Friends will be received from 10 a.m. until the time of service at 11 a.m. on Saturday, February 5, 2022 at Koch Funeral Home, 2401 S. Atherton St., State College, PA, with Rev. Carl Campbell, Pastor Scott Kretchmar, and Rev. Ricky Phillips. Burial will be in Graysville Cemetery, PA. Memorial contributions can be made to the Shenandoah National Park Trust (1750 Allied Street Suite C, Charlottesville, VA 22903). Online condolences and signing of the guest book may be accessed at Koch Funeral Home (www.kochfuneralhome.com).