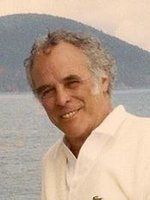 William P. "Bill" Kinneman, Jr., 81, of State College, died Thursday, March 10, 2011, at The Fairways at Brookline Village. Born February 20, 1930, in Morristown, N.J., he was a son of the late William P. and Frances Crouch Kinneman. On Nov. 15, 1975, he married Tamazine "Tammy" C. Miller, who survives. He is also survived by five children, Zachary A. Kinneman, and his wife, Kate Lantaff, of Lexington, Ky., W. Michael Kinneman and his wife, Pauline, of Sammamish, Wash., Jonathan L. Kinneman and his wife, Jennifer, of Brantford, Ontario, Canada, step-son John D. Miller and his wife, Susan, of Mechanicsburg, and step-daughter Tamazine A. "Tammy" Colwell and her husband, Craig, of State College, 14 grandchildren and one great-grandson. Bill graduated from Westfield High School in Westfield, N.J. in 1948. He earned his B.S. in Chemistry from Syracuse University in 1951. In 1955 he was awarded a Master of Science in Petroleum Engineering from Case Western Reserve University and, in 1983, a Master of Science in Fuel Science from Penn State. Bill started his career in chemistry with the Standard Oil Company of Ohio as a research fellow and was later an assistant director of research with the Johns Manville Corporation in Manville, N.J. While at JM he obtained the first of 14 US patents in building materials technology. Bill left JM in 1966 and joined the Sika Chemical Corporation of Lyndhurst, N.J. While at Sika he developed and was awarded numerous US and Swiss patents in adhesives and additives for the construction and concrete industry. In 1983, he joined Penn State University as chief technician in the Combustion Laboratory where he worked until his retirement. Bill was an avid hiker, outdoorsman, inventor and a skilled carpenter. A devoted reader and gifted amateur pianist, Bill seldom passed up an opportunity to read an interesting book or to play a vacant piano. He was a member of the Nittany Knights Barbershop Chorus and the University Club. Bill loved the company of his wife, his friends and family and restoring his 1800s-vintage log cabin in Penns Valley. From his earliest years, Bill was always in the company of a devoted dog. No one was ever more kind to, or less demanding of, his canine companions. Friends will be received from 12:30 p.m. to 2 p.m. on Wednesday, March 16, 2011 at Koch Funeral Home, 2401 S. Atherton St., State College. A memorial service will follow at 2 p.m. at the funeral home with the Reverend Joel Blunk officiating. Burial will be in Spring Creek Cemetery. Memorial contributions may be made to the Schlow Centre Region Library, 211 S. Allen Street, State College, PA 16801, or the SPCA, 2451 General Potter Highway ; Centre Hall, PA 16828.