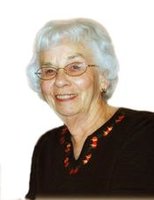 Mary Louise Rafferty Case, 81, of Conway, SC, formerly of State College, PA., died Sunday, April 24, 2011, at her residence. Born January 6, 1930, in Avoca, PA, she was a daughter of the late Patrick and Helen Bohn Rafferty. In 1952, she married Albert Harold Case, who died September 2, 1998. She is survived by four children, Alan Case and his wife, Pok Cha, of Conway, SC, Diane Margolis and her husband, Paul, of Boston, MA, Joanne Byrd and her fiancé, Kevin Heslin, of Frederick, MD, and David Case and his wife, Laura, of Atlanta, GA; eight grandchildren, Jason Byrd, Ellen Byrd, Kevin Byrd, Mary Jane Case, Lauren Margolis, Robert Margolis, Catherine Case, and Thomas Case; and a brother, Thomas Rafferty and his wife, Lea, of Jupiter, FL. Along with her husband and parents, two brothers, James Rafferty and John Patrick Rafferty, predeceased her. She was a member of Our Lady of Victory Catholic Church in State College, PA, where she was a former member of the church choir and long time church volunteer. She also volunteered with the American Red Cross. She travelled the world and especially loved Ireland. She enjoyed nightly walks with her neighbors. There will be no public visitation. Her Funeral Mass will be held at 10:30 a.m. on Monday, May 2, 2011, at Our Lady of Victory Catholic Church, 820 Westerly Parkway, State College, PA, with Monsignor David Lockard officiating. Burial will be next to her husband in Boalsburg Cemetery, Church Street, and US Route 322 in Boalsburg. Memorial contributions may be made to the American Cancer Society, 950 48th Avenue North, Suite 101, Myrtle Beach, SC 29577.