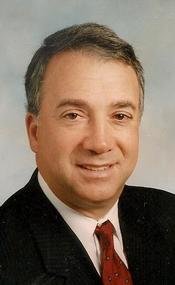 Richard A. Jones Jr., 63, of State College, died Monday, May 9, 2011, at his residence. Born August 24, 1947, in Hazleton, he was the son of the late Richard A. Jones, Sr. and Angela Clabia Jones, who survives in Hazleton. On September 13, 1969, he married Connie A. Young, who also survives. He is survived by two children, Bethany Jones, and her husband, Gene Mollica, of Maplewood, N.J., Bradley Jones, and his wife, Kate, of Baltimore, Md., two grandchildren, Alexander and Ashley Jones, two brothers, Robert Jones, and his wife Bethann, of State College, Jeffrey Jones, and his wife, Ruth, of Drums, and one sister Sharon Pedri, and her husband, Charles, of Hazelton. He earned a Bachelor's degree in Finance from Penn State in 1974. On August 16, 1986, Richard opened the State College Legg Mason office and served as manager until their recent acquisition by Morgan Stanley. At the time of his death, he was First Vice President and Financial Advisor at Morgan Stanley Smith Barney. He was a charter member and past president of the State College Downtown Rotary, and past president of the board of Easter Seals. Visitation will be 5 to 8 p.m. on Friday, May 13, 2011, at Koch Funeral Home, 2401 S. Atherton St., State College. His funeral Mass will be said at 10:30 a.m. on Saturday, May 14, at Our Lady of Victory Catholic Church, 820 Westerly Parkway, State College, with Monsignor David A. Lockard officiating. Burial will be in Centre County Memorial Park. Memorial contributions may be made to State College Downtown Rotary Foundation, P.O. Box 10742, State College, PA 16805-0742.
To send flowers to the family or plant a tree in memory of Jr. Jones, please visit Tribute Store

A Memorial Tree was planted for Jr.
We are deeply sorry for your loss ~ the staff at Koch Funeral Home
Join in honoring their life - plant a memorial tree
Services for Jr. Jones
There are no events scheduled. You can still show your support by sending flowers directly to the family, or planting a memorial tree in memory of Jr. Jones.
Visit the Tribute Store
Print
Share A Memory
Send Flowers
Plant a Tree