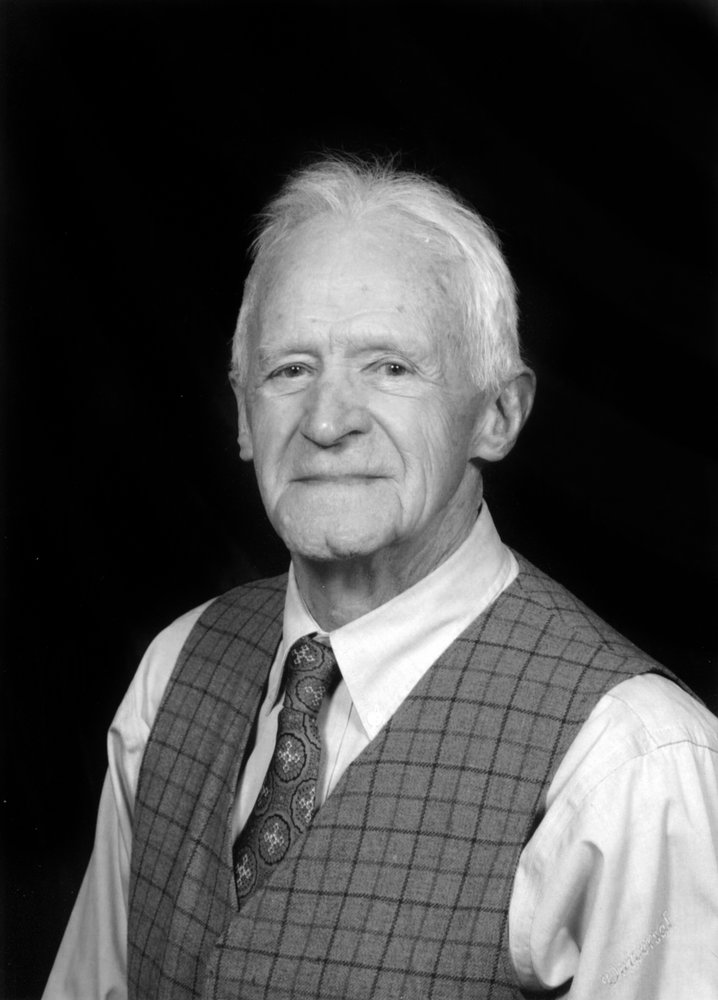 William Lewis Kjelgaard, 94 years 1311 Circleville Road, State College died May 1st, 2015 peacefully at home. Born August 27, 1920 in Lindley, NY. His parents were William James Kjelgaard and Lillian Beatrix Lewis. In 1929 his family returned to Gaines Twp. PA. He grew up in the village of Watrous. On Dec. 30, 1949 he married Barbara Isabel Reichert at her home in Marshlands, PA, who survives. Their children are: Katja Kjelgaard Dick, Baltimore, MD; Julia Kjelgaard Dobson, Auburn, AL; Kirsten Kjelgaard, Lemont, PA; Roberta Kjelgaard, Boca Raton, FL; James Kjelgaard, Corpus Christi, TX; and Elin Kjelgaard, Bellefonte, PA. His grandchildren are: Benjamin Hill, Olympia, WA; Gretchen Maurer Cross, Sellersville, PA; Olivia Posner, Washington, DC; and Katherine Dick, Baltimore, MD. He has three great grand children Bretlyn Rowe, Lancaster, PA; Celestria Hill, Moseley, VA; and Henry Thomas Cross, Sellersville, PA; and one great great grandchild Eliyjiah Rowe, Lancaster, PA. Surviving brothers and sisters are: Wilma Beller, Gaines, PA; and Alfred Kjelgaard, Westfield, PA. Bill graduated from the Gaines High School, Gaines, PA in 1938. In 1942 he enlisted in the U.S. Navy and served 3 ½ years mainly at the Anacostia, DC and Patuxent River, MD Naval Air Stations and later as an air crewman in VTN-55, a torpedo plane squadron. Bill graduated from Penn State with a BS Degree in Agricultural Engineering in 1950 and received an MS Degree in 1953. He was appointed as an instructor in the Department of Agricultural Engineering at Penn State in 1952 and retired as Associate Professor in 1986. He was a registered Professional Engineer and a member of the American Society of Agricultural and Biological Engineers. He conducted research in Pennsylvania, the Philippines, and in India. He wrote research papers on harvesting and handling of hay and silage. He was the co-inventor of a patent entitled “Adiabatic Expansion of Anhydrous Ammonia. A new method for applying ammonia to soil and crops.” In 1986 he received the Distinguished Grasslander Award from the American Grassland Council, and served as a Fulbright Research Scholar in Cyprus. Bill was a member of St. Andrews Episcopal Church, State College, PA, where he served on the vestry and on the service committee for the Boy Scout troop 357 sponsored by the church. He served on the Ferguson Township Zoning Board and was a lifelong member of the Democratic Party. Family and friends will gather in his honor at St. Andrews Episcopal Church, 208 West Foster Avenue on May 13, 2015 at 12:15 PM for the Holy Eucharist and Healing Service. William Lewis Kjelgaard will be buried in the Elk Run Cemetery, in Gaines Township, PA in the summer of 2015. In lieu of flowers, memorial contributions may be made to the William L. and James F. Kjelgaard Scholarship, College of Agricultural Sciences, Office of Development, 240 Ag Administration Building, University Park, PA 16802. Arrangements are under the care of Koch Funeral Home, State College. Online condolences and signing of the guest book may be entered at www.kochfuneralhome.com or visit us on Facebook.
To send flowers to the family or plant a tree in memory of William Kjelgaard, please visit Tribute Store

A Memorial Tree was planted for William
We are deeply sorry for your loss ~ the staff at Koch Funeral Home
Join in honoring their life - plant a memorial tree
Services for William Kjelgaard
There are no events scheduled. You can still show your support by sending flowers directly to the family, or planting a memorial tree in memory of William Kjelgaard.
Visit the Tribute Store