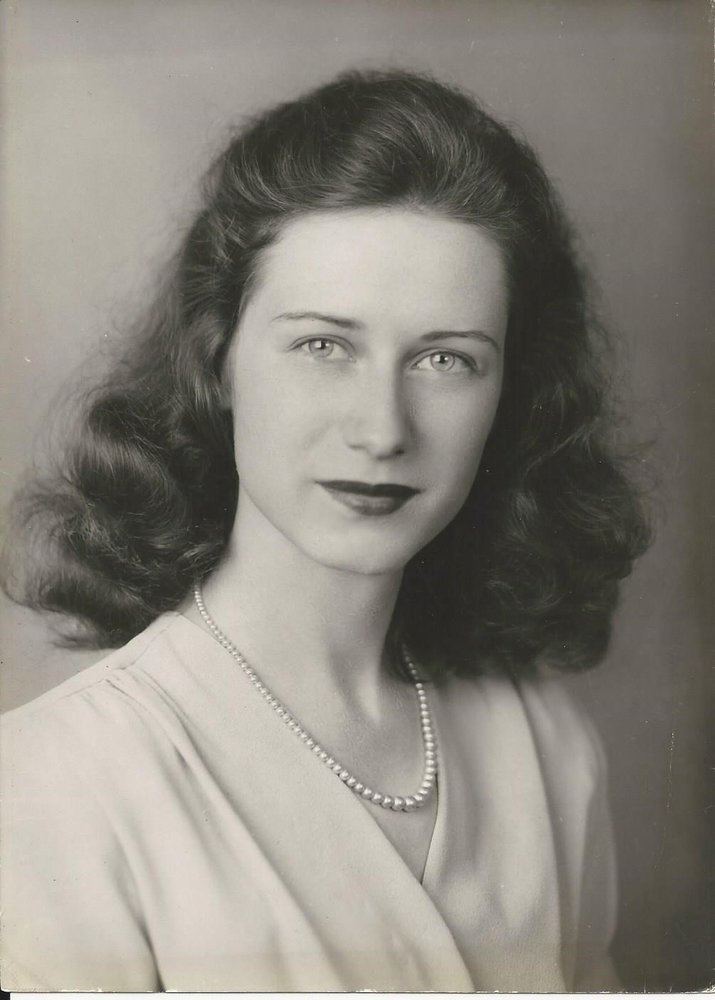 Mary Harriette Raynar, 91, of State College, passed away on Saturday, June 27, 2015 at Juniper Village at Brookline, State College. Harriette was born March 28, 1924 in Chattanooga, TN, the daughter of the late Karl and Dorothy Weisbrod Gwin. She married Allan Raynar on June 1, 1946, who preceded her in death in 1993. She is survived by her son, Karl Raynar and his wife, Paula, of State College; two grandchildren, John Raynar and wife, Alice, of Pago Pago, American Samoa and Laurel Raynar Saville of State College; and five great-grandchildren, Pei, Carina, LJ, Zelene, and Bryce. Harriette graduated from Chattanooga High School in 1942 where she was a member of the National Honor Society. She studied commercial art at William and Mary College in Richmond, VA before becoming a mapmaker at Pan American Airlines in Miami where she drew Caribbean air routes during World War II. After marrying Allan in 1946, she moved to Portsmouth, RI. She worked a number of years for the United States Army Map Service. She worked at Wilson’s clothing in Wickford, RI and as a docent for Hammersmith Farms in Newport RI. After the death of her husband, Harriette moved to Pennsylvania to be near her children. Harriette enjoyed reading, word games and painting. She created exquisite works of hand painted china. She was a member of Trinity Lutheran Church. A memorial service will be at 3 p.m., on Sunday, July 19, 2015 at Trinity Lutheran Church, 2221 N. Oak Lane,State College. In lieu of flowers, memorial contributions may be directed to the Salvation Army, 2603 College Ave, Suite G, State College, PA 16801 or Trinity Lutheran Church, 2221 N Oak Ln, State College, PA 16803. Arrangements are under the care of Koch Funeral Home, State College. Online condolences may be entered at www.kochfuneralhome.com or visit us on Facebook
To send flowers to the family or plant a tree in memory of Mary Raynar, please visit Tribute Store
Sunday
19
July