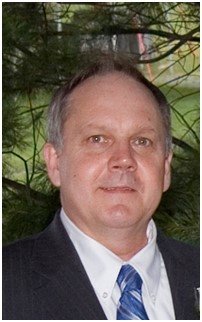 Paul Joseph Demers, 57, of State College, died Monday, July 13, 2015, at his residence. Born March 5, 1958 in New Bedford, Massachusetts, he was the son of the late Fred Demers and Patricia Hayes Demers. He married Debora Carles who survives at home. He is also survived by four daughters, one son, four brothers, and seven grandchildren. He retired from the U.S. Navy after twenty three years of service. Paul received his Bachelor of Science in both History and Education from Penn State University. For the past six years, he owned and operated Blue Diamond Carpet Cleaning, State College. Visitation will be 10:00 a.m. to 11:00 a.m. on Friday, July 17, 2015 at Koch Funeral Home, 2401 S. Atherton Street, State College; the funeral service will follow at 11:00 a.m. with the Reverend Mitch Smith officiating. Memorial contributions may be directed to Centre County PAWS, 1401 Trout Rd, State College, PA 16801 or centrecountypaws.org/donating/ in memory of Paul Joseph Demers. Arrangements are under the care of Koch Funeral Home, State College. Online condolences and signing of the guest book may be entered at www.kochfuneralhome.com.
To send flowers to the family or plant a tree in memory of Paul Demers, please visit Tribute Store
Friday
17
July