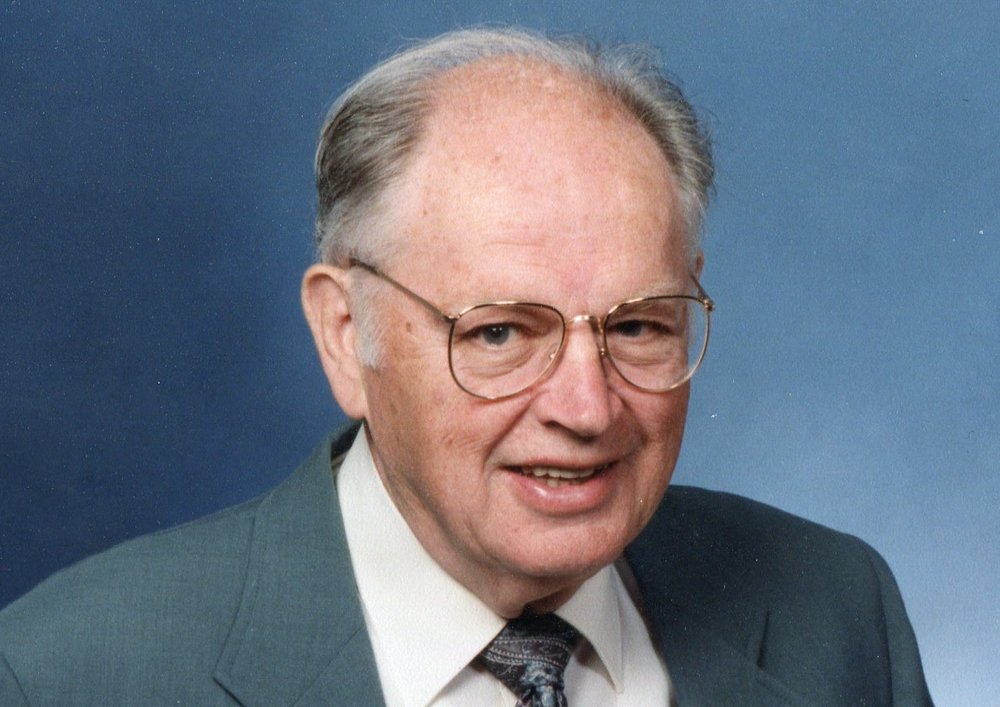 Charles Walter Mason Jr. MD, 89, of State College, died on Tuesday, July 14, 2015 at Mount Nittany Medical Center, State College surrounded by his family. Born on February 27, 1926, in Pittsburgh, he was the son of the late Charles Walter and Harriette Brennen Mason. On July 17, 1954, he married L. Coralee Hawley, he said often was “the best woman in the world”, who survives. They would have celebrated their 61st anniversary this year. Also surviving are three children, Gail R. Mason of Palmdale, CA, Charles H. Mason and his wife, Sarah, of Spring Mills, and Robert J. Mason and his wife, Melissa, of Stormstown; one sister, Elizabeth McKelvey of Pittsburgh; four grandchildren, Kayla, Jared, David and Elijah. He was a 1944 graduate of Westinghouse High School in Pittsburgh. He enlisted in the United States Army on his 18th birthday and served in the Medical Corp from March 17, 1944 – May of 1946, during World War II. He served in the United States, England and France where he helped to open a hospital. He also took care of paraplegics in Atlantic City. Charles received a Bachelor’s degree in 1949 from Washington and Jefferson College. He received a Medical Degree from the University of Pittsburgh in 1953. He then served his internship at Columbia Hospital in Wilkinsburg. He completed his residency in West Chester, PA. Dr. Mason had a private practice in Monroeville, PA from 1955-1978. From 1978-1991 he worked as a student health physician at the the Ritenour Health Center at Penn State. He also contracted as a physician with Centre Crest. Dr. Mason retired as a Physician from Penn State in 1991. He was a wonderful husband and father and took great pride in his family. He enjoyed spending time with his grandchildren. Charles had a great passion for people and enjoyed being a physician. He was a kind and gentle man. He enjoyed golf and traveling. He was a member of Park Forest United Methodist Church and loved the Lord. His family will cherish the memories they have and he left a void that cannot be filled. Visitation will be from 6 until 8 p.m., on Friday, July 17, 2015 at Koch Funeral Home, 2401 South Atherton Street, State College. An additional visitation will be from 1 until 2 p.m., on Saturday, July 18, 2015 at the Park Forest United Methodist Church, 1833 Park Forest Ave, State College, A funeral service will follow at 2 p.m. at the church, with the Reverends Lee Ellenberger and Wayne Hawley and his son, Chuck Mason officiating. Burial will be in Graysville Cemetery. Memorial contributions may be made to the Park Forest United Methodist Church, 1833 Park Forest Ave, State College, PA 16803 or Mount Nittany Medical Center, Hospital Road, State College, PA 16803. Arrangements are under the care of Koch Funeral Home, State College. Online condolences and signing of the guest book may be entered at www.kochfuneralhome.com or visit us on Facebook.
To send flowers to the family or plant a tree in memory of Charles Mason Jr., M.D. , please visit Tribute Store
Friday
17
July