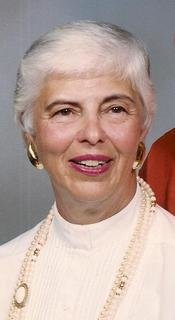 Carmelia M. Hess, 89, of Bellefonte, formerly of Conyngham, died Thursday, May 12, 2011, at Mount Nittany Medical Center. Born December 22, 1921, in McAdoo, she was a daughter of the late Charles and Rose Vocolla Friendy. On June 27, 1943 she married Roland L. Hess, who dies December 29, 2010. Carmelia is survived by four children, Ron Hess, of York; Michael Hess, of Chadsford; Lisa Mazzocchi and her husband, Ray, of State College; Karen Grohol and her husband, Tom, of Elizabethtown; twelve grandchildren, three great grandchildren; and a sister, Theresa Sakalosky of Hershey. In addition to her husband and parents, she was predeceased by two sisters, Eleanor Yanoshik and Cecelia Bott. She was a salesperson at Boscov's department store for many years. She was a member of St. John Bosco Catholic Church in Conyngham. Carmelia was a gentle and caring person who above all loved her children and grandchildren. She saw the best in everyone and always had a positive outlook. She will be missed enormously by her family who are blessed to have had her in their lives. A Memorial Service will be held at 10 a.m. on Saturday, May 21, at St. John Bosco Catholic Church. Burial will be in Calvary Cemetery, Drums. Memorial contributions may be made to the Alzheimer's Association at 3544 N. Progress Ave. #205, Harrisburg, PA 17110.
To send flowers to the family or plant a tree in memory of Carmelia Hess, please visit Tribute Store

A Memorial Tree was planted for Carmelia
We are deeply sorry for your loss ~ the staff at Koch Funeral Home
Join in honoring their life - plant a memorial tree
Services for Carmelia Hess
There are no events scheduled. You can still show your support by sending flowers directly to the family, or planting a memorial tree in memory of Carmelia Hess.
Visit the Tribute Store
Print
Share A Memory
Send Flowers
Plant a Tree