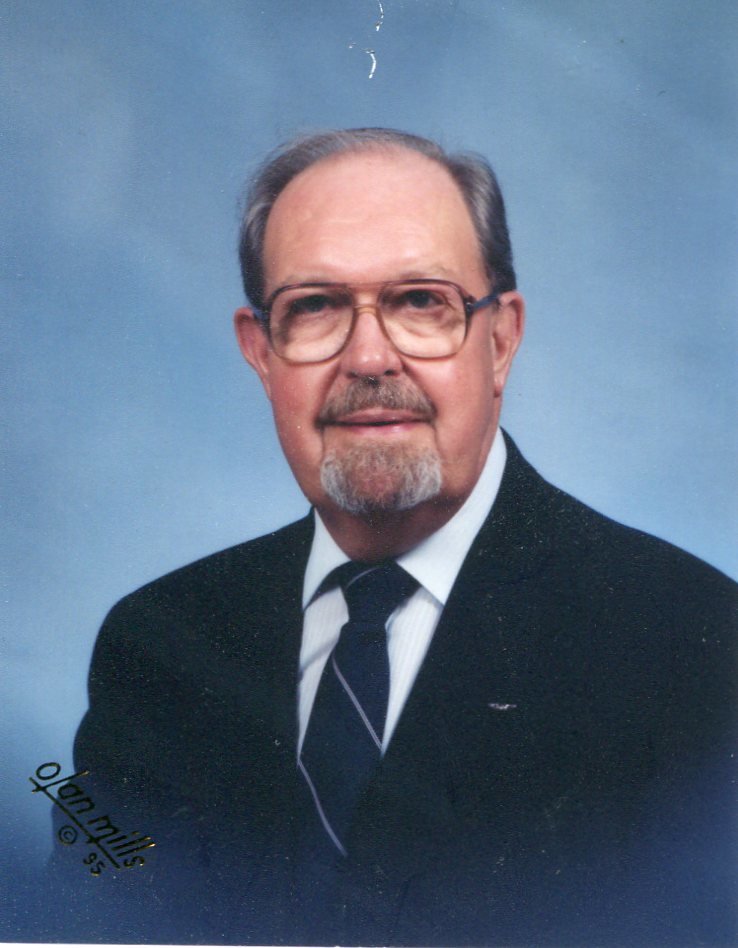 William G. “Bill” Noyes, 93, of State College, died July 26, 2015 at The Atrium at The Village at Penn State. Born March 12, 1922 in Newburgh, New York, he was the son of the late William S. and Florence Best Noyes. On July 10, 1943, he married Maxine Swetland, who passed away in 2008. Bill was a 1939 graduate of Newburgh Free Academy, Newburgh, NY, and a 1947 graduate of SUNY College of Fredonia in music education. He received a master’s degree in music education from Penn State in 1953. He was a professor of music at Penn State for 33 years, retiring in 1985. Bill was known to thousands as the voice of the Penn State Blue Band from 1963 to 1985 and continued until 2001 as the announcer of the Homecoming Alumni Band. He was the founder of the Penn State Pop Choir, now known as “The Singing Lions” and remained the director until his retirement. For five summers at Penn State, he was the academic director for the Fred Waring Choral Workshop and served on Fred Waring’s American Committee. He had been a music teacher in the Nunda New York School District for five years, prior to coming to Penn State. Bill was a member of St. Andrew’s Episcopal Church. He served St. Paul’s United Methodist Church as Senior Choir Director for 35 years until retiring in 1987. He also was the State College Community Theatre Christmas Concert Director for 6 years. He was active in church music work for 56 years. A retired Lt. Col. in the Air Force Reserve, Bill was an instructor and pilot in the China, Burma, India theatre of operations during World War II and served as weapons director in Germany in 1961. He was a member of the Air Force Association; Retired Officers Association, where he was a past president; China-India-Burma Hump Pilot’s Association; Quiet Birdmen; and State College American Legion #245; Pine Grove Mills Veterans of Foreign Wars and Elks Club #1600, where he served as organist for 40 years. He was a member of the Music Educators National Conference; PA Music Educators Association; and Livingston County (New York) Music Educators Association, where he was past president. He is survived by his daughter, Debra “Debbie” Ann Noyes of State College. A private graveside service was held at Centre County Memorial Park where the Reverend Dr. Derald Stump officiated. The Celebration of Life for Bill Noyes will be held at The Village at Penn State, Club Lounge on Sunday, August 23rd, 4:00 - 6:00 pm. Those who knew Bill are invited to attend. Memorial Contributions may be made to the Salvation Army, 2603 E. College Ave., Suite G, State College, PA 16801. Debbie would like to thank the staff at Koch Funeral Home for their assistance and kindness. She would especially like to thank the staff at The Atrium at The Village at Penn State. Their support and compassion was beyond compare and very much appreciated. Arrangements are under the care of Koch Funeral Home. Online condolences and signing of the guest book may be entered at www.kochfuneralhome.com.
To send flowers to the family or plant a tree in memory of William Noyes, please visit Tribute Store

A Memorial Tree was planted for William
We are deeply sorry for your loss ~ the staff at Koch Funeral Home
Join in honoring their life - plant a memorial tree
Services for William Noyes
There are no events scheduled. You can still show your support by sending flowers directly to the family, or planting a memorial tree in memory of William Noyes.
Visit the Tribute Store