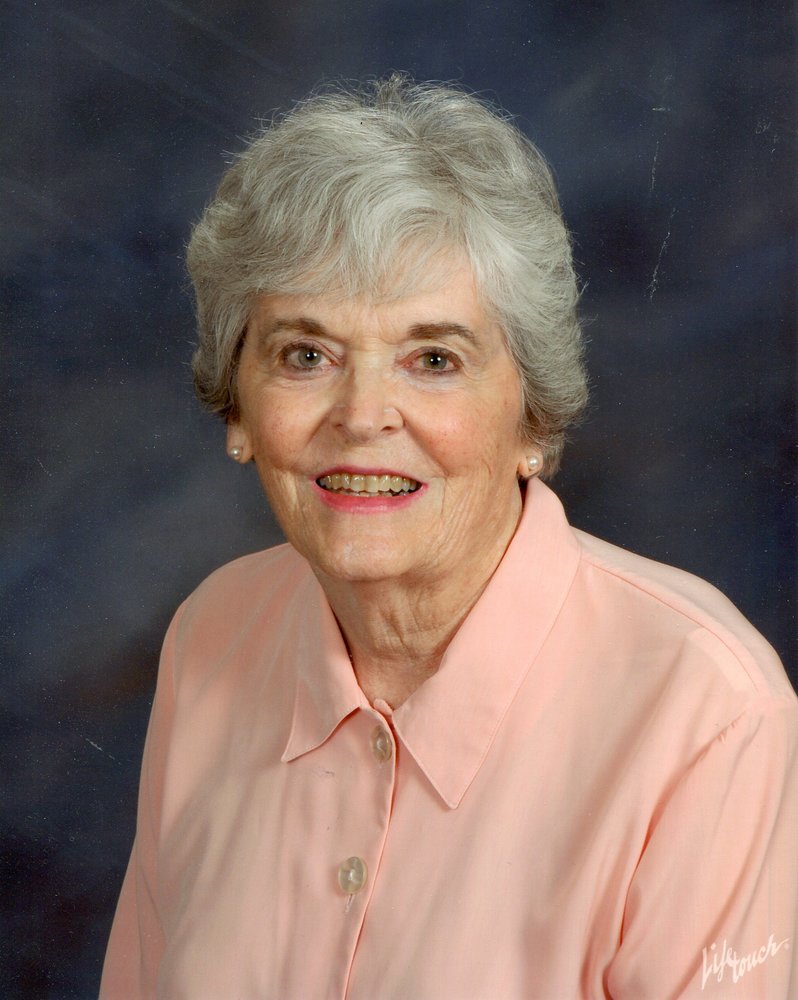 Mary Lee Coyle Riedinger of State College, PA passed away on August 11, 2015 at 11:30 pm. She was born in Sioux City, IA on December 8, 1927. The daughter of Leo Lawrence and Mary Kathryn Coyle and sister of Carol Johnston who preceded her in death. She was also a resident of Fort Dodge and Des Moines, IA. She was a graduate of St. Teresa's Academy for girls in Kansas City, MO. The Vice President of her graduating class at Mount Carmel Medical Center of Columbus, OH and attended Ohio State University and Denver University. She was employed as a surgical nurse at Mount Carmel Medical Center in Columbus, OH; an office nurse in Bexley, OH; as an Industrial nurse with North American Aviation in Columbus, OH and as a corporate nurse with Shell Oil in Denver, CO. On May 28, 1960 in Denver, CO she married Frank H. Riedinger who preceded her in death in 2004 after almost 45 years of marriage. She will be missed by her two sons and families: Robert Scott, his wife Darlene and daughter Victoria of West Chester, PA and Richard Craig, Sharon Eddy, their son Tyler and daughter Anna of Rocky Hill, CT. After moving to State College, she was employed as a private duty nurse for several years and was a member of the Nittany Valley Nurses Association, she worked for many years as an R.N. volunteer for the Red Cross Blood Mobile where she earned Red Cross Disaster Nurse Accreditation, she also worked for the Second Mile Golf Tournament, the Arthritis Foundation and taught Sunday school at Our Lady of Victory. For many years she was employed by Penn State University as a tour guide for University Relations and Bryce Jordan Center. Mary Lee enjoyed many years of skiing in the Rockies and golf at Centre Hills Country Club and the Penn State Blue course where she was a member of their ladies golf league. A memorial mass of Christian burial will be celebrated on August 19, 2015 at 10:30am at Our Lady of Victory, 820 Westerly Parkway, State College, PA, with the Reverend Neil Dadey officiating. Burial will be at Centre County Memorial Park at the convenience of the family. Memorial contributions may be donated to Our Lady of Victory. Arrangements are under the care of Koch Funeral Home, State College. Online condolences and signing of the guest book may be entered at www.kochfuneralhome.com or visit us on Facebook.
To send flowers to the family or plant a tree in memory of Mary Riedinger, please visit Tribute Store
Wednesday
19
August