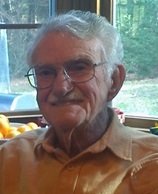 John Porter Herrick, 93, of Gatesburg, PA, died Wednesday, August 12, 2015 at home in the loving care of his daughter, Janet Schaufler. John was born in Westfield, MA on August 19, 1921, the only son of the late Howard and Ellene Herrick. At the age of 42, John answered God’s call to ordained ministry. He served churches in Newport, ME, Blue Hill, ME, and Irvington, NJ. After retirement, he and his wife, Ann, served in many volunteer opportunities around the country, later settling in Uplands Retirement Village in Pleasant Hill, TN. In 2013 John moved to Gatesburg, PA and joined Faith United Church of Christ in State College. John is survived by his sweetheart, Elaine Sipe, one son, John W. Herrick and his wife Cynthia, three daughters, Janet Schaufler and her husband, Douglas, Jaye Herrick, and Joann Klawitter and her husband, Robert, nineteen grandchildren, and nine great grandchildren. He was predeceased by his wife, Ann (Russell) Herrick and his daughter, Judith Blaisdell. A celebration of John’s life will be held on Saturday, September 5, 2015 at 11:00 am in the Faith United Church of Christ, College Avenue, State College, PA 16801. Donations in John’s memory may be made to the church. Arrangements are under the care of Koch Funeral Home, State College. Online condolences and signing of the guest book may be entered at www.kochfuneralhome.com.
To send flowers to the family or plant a tree in memory of John Herrick, please visit Tribute Store
Saturday
5
September

Share Your Memory of
John
Upload Your Memory View All Memories
Be the first to upload a memory!
Share A Memory
Send Flowers
Plant a Tree