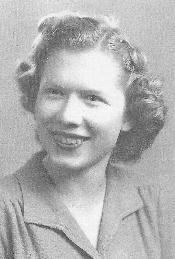 Arlene Oberhelman Marro died May 12, 2011 at 87 years, in her home in Harris Township. She was born December 31, 1923 in Topeka Kansas, the daughter of Leslie and Helen (Wohler) Oberhelman. She received her B.A. from Washburn University (1945) and her M.A. in elementary education from the University of Iowa (1947). She taught in elementary schools in Kansas and Nebraska until her marriage, on November 22, 1950, in Quincy Ill. Arlene then moved to Des Moines, Iowa, and became a mother and homemaker. In 1965 she moved to State College, where she became an instructor of children's literature at the Pennsylvania State University. She later worked for Central Intermediate Unit with families of children with special needs until her retirement in 1989. After retirement, she was a volunteer at the Park Forest pre-school for many years. She was a sweet and loving person, who always had something nice to say. She enjoyed opera, classical music and literature. She was a member of the Unitarian Universalist Fellowship of Centre County, where she sang in the choir and helped with the library. She was also a member of the University Women's club. She is survived by her husband Dr. Thomas David Marro and her sister Jean Lyne of Kansas City, MO. She is also survived by her four children and their families: Dennis and his life partner Cyndi Yost, of San Jose CA, David and his wife Kitty Hunt and sons Adrian, Devin and Riley Hunt, of Magnolia MA, Mary and her husband Stephen Kessler and their children Hilary, Dylan and Eliza Kessler, of Princeton, MA and Chris Selker and her husband Frank Selker and their sons Leo and Adam, of Portland OR. A viewing will be at Koch funeral home on Monday May 16th at 6 to 9 pm. A memorial service will be held at the Unitarian Fellowship at 2:00 on July 11, 2011. Memorial gifts may be made to the library at the Unitarian Universalist Fellowship of Centre County at 780 Waupelani Dr. Ext State College, PA 16801.
To send flowers to the family or plant a tree in memory of Arlene Marro, please visit Tribute Store

A Memorial Tree was planted for Arlene
We are deeply sorry for your loss ~ the staff at Koch Funeral Home
Join in honoring their life - plant a memorial tree
Services for Arlene Marro
There are no events scheduled. You can still show your support by sending flowers directly to the family, or planting a memorial tree in memory of Arlene Marro.
Visit the Tribute Store
Print
Share A Memory
Send Flowers
Plant a Tree