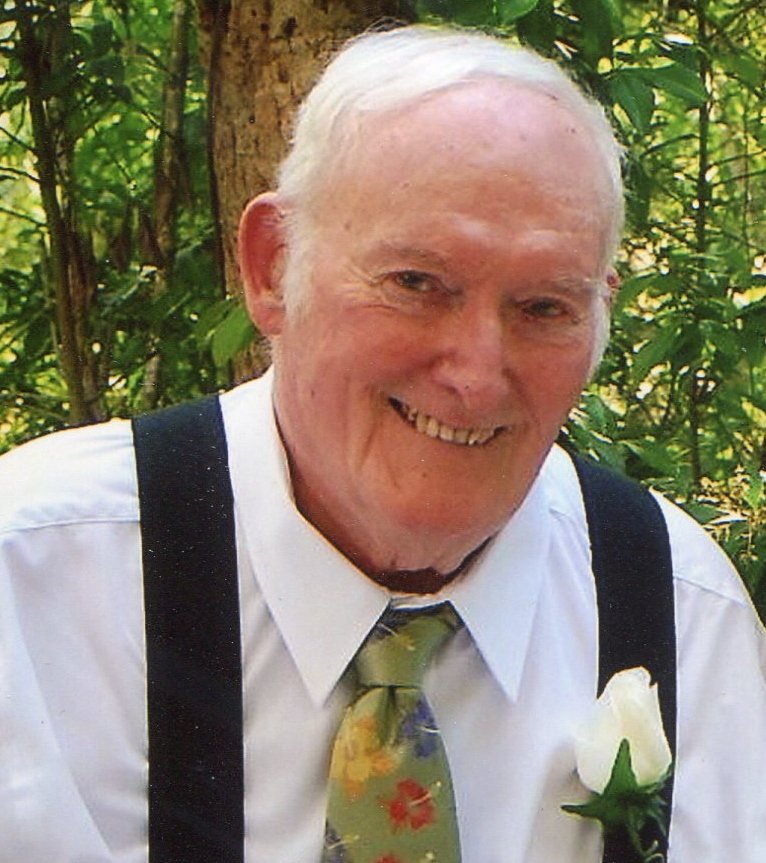 Ernie Oelbermann, 90, formerly of State College, died August 12, 2015 in Venice, FL. He was born November 1, 1924, in Philipsburg, PA, a son of the late Ernest and Margaret McConville Oelbermann. On September 17, 1949, he married Rebecca Wallach in Washington DC. He is survived by his wife, Becky, the love of his life for 65 years, and together they had six children. Surviving are Carol Wood (Doug) of Venice FL, Peggy Laffan (Bob) of Jacksonville FL, Rob Oelbermann (Lana) of West Palm Beach, FL, Susan Rice (Mark), of Englewood, CO and Kathy DiMuccio (Fred) of State College, PA. He is survived by 8 grandchildren, Carly Barnes, Bobby Hayden, Brian Oelbermann, Katie Wood Bowman, Kaitlin Wanberg, Megan Rice, Maria DiMuccio, and Kelly DiMuccio. He is survived by a sister, Patricia Wood, Philipsburg PA and he was preceded in death by his 10 year old son, Mark Joseph Oelbermann, and a brother, Michael Oelbermann. Ernie was born and raised in Philipsburg, PA and grew up during the depression. His father was a painter. Ernie served his country as a B17 waist gunner during WWII. He was in the 390th Bomb Group stationed in England and flew 29 missions over Germany. After the war he attended and graduated from The Catholic University of America, Washington DC with a B.S. in Physics in 1949 and an M.S. in Physics in 1951. While in Washington, he worked one year at the National Bureau of Standards and one year at the Central Intelligence Agency. When he and Becky settled in State College, Ernie worked for ORL Research Lab at Penn State and later joined HRB Singer where he worked in radio propagation as a Senior Physicist for 18 years. After many years in engineering, Ernie became the proprietor of The Phyrst Inc, and later, the Brewery, student taverns located downtown. He loved having his own businesses and he never returned to engineering. Ernie is well-known for his 32 year leadership in a fun and spirited sing along band called The Phyrst Phamily. The band performed every Saturday night at the Phyrst and every year under the big tent in front of Old Main for the Central Pennsylvania Festival of the Arts. Ernie recruited over 40 members to the band over the years, some of whom stood next to him for decades, delighting in the absolute joy that performing with Ernie brought to their lives. Saturday Night at the Phyrst became popular to hundreds of Penn State students. Ernie was loved for his spirit, his love for music, celebration and people. He and Becky played an integral part in the lives of college students for many years. Ernie had many interests. An avid swimmer, he enjoyed many years of swimming at the Penn State Natatorium. He was a ham radio enthusiast and a member of the Nittany Amateur Radio Club for many years. Ernie was also a runner. He enjoyed other sports and hobbies in his life such as sailing at Colyer Lake, volleyball, camping, skiing, and soaring. He taught himself how to play the banjo and he had a magnificent singing voice. Most of all, Ernie loved people and he let them know it. He had a magical way of making people feel valued. He rejoiced in life and we rejoice that we had him for all these years. Friends will be received from 5-8 pm, Friday, August 28, at Koch Funeral Home, State College PA. A memorial mass will be held at 10:30 a.m., on Saturday, August 29, at Our Lady of Victory Catholic Church, 820 Westerly Parkway, State College, PA Burial at Centre County Memorial Park will be private. A reception will be held at the Ramada Inn on Saturday after the mass and a celebration of life will be held at the Phyrst at a time to be announced. In lieu of flowers, the family suggests that donations be made in honor of Ernie's granddaughter, Kaitlin Wanberg, to the Craig Hospital for Spinal Cord Injury. The address is: Craig Hospital Foundation, 3425 S. Clarkson St., Englewood, CO 80113
To send flowers to the family or plant a tree in memory of Ernie Oelbermann, please visit Tribute Store
Friday
28
August

Share Your Memory of
Ernie
Upload Your Memory View All Memories
Be the first to upload a memory!
Share A Memory
Send Flowers
Plant a Tree