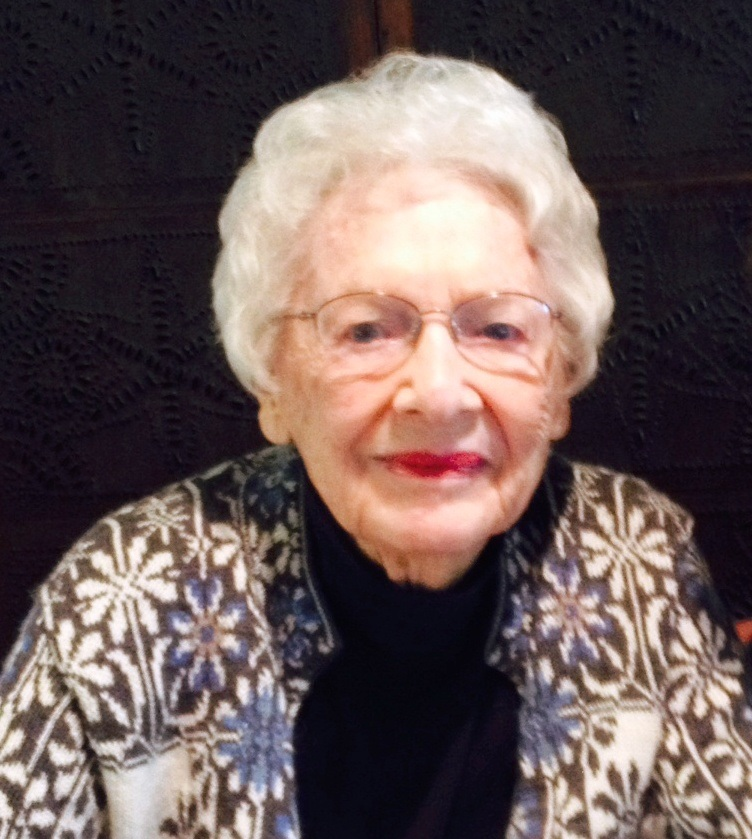 Dorothy B. "Dottie" O'Connor, 96, of State College, died on Monday, October 26, 2015 at the Village at Penn State. Born May 17, 1919, in Dover, New Jersey, she was the daughter of the late Alvah Meeker and Leila Vreeland Briant. On August 27, 1965, she married John C. O'Connor who preceded her in death on April 10, 2003. She is survived by a cousin and Godchild, Linda Jones and her husband Gerald, and their two daughters, Courtney Jones and Lauren McElaney, of MA; a cousin, Pamela W. Lantz and her husband, Russell, and their two daughters, Sara and Rebecca, of Levittown; and cousin, Deborah West and her husband, Tom, and their two children, Scott and Courtney, of Holland. In addition to her parents and husband, she was preceded in death by her sister, June Elizabeth Briant, and an infant brother. After graduating from Dover High School, she entered Trenton State College to major in physical education. Her interest in dance was kindled there where she was a member of the Modern Dance Group. Graduating with a Bachelor's degree in Physical Education in 1940, she accepted a teaching position in Dover, New Jersey, as jobs were difficult to find at that time. She continued her graduate studies at New York University and received a Master's degree in 1945. She also studied dance with Doris Humphrey, Charles Weidman, Jose Limon, Martha Graham and Hanya Holm. In 1945, she accepted a teaching position with Penn State and in 1946, was appointed Chair of the Dance Department. Due to a back injury in 1955, she accepted a professorship at Boston University, Sargent College. In 1956, she was made Chairman of the Division of Physical Education at Sargent College, Boston University and director of Boston University's Sargent Camp at Peterboro, NH. She retired from Boston University in 1965 and married John C. O'Connor, founder and owner of the Tavern Restaurant, whom she had known for many years while living in State College. "Dottie", as many knew her, was interested in the community and taking courses in the Arts at the University. She was a volunteer at Centre Community Hospital for 10 years; received a 20 year pin for service to the American Red Cross; was a member of the Board of the Easter Seals at State College, serving as chair of the membership drive in 1966; and taught a "Slimnastics" course for the State College Recreation Program for 10 years. In 1967, she was honored by the inclusion of her name and record in "Who's Who of American Women." Her interest in the arts prompted her to take courses in watercolor and oil, poetry, and sculpture. A visitation will be from 9:00 until l1:00 a.m., on Monday, November 9, 2015 at Koch Funeral Home, 2401 South Atherton Street, State College. Funeral Service will follow at 11:00a.m., at the funeral home. Burial will be in Graysville Cemetery. Memorial contributions may be directed to a charity of the donor's choice. Arrangements are under the care of Koch Funeral Home, State College. Online condolences and signing of the guest book may be entered at www.kochfuneralhome.com.
To send flowers to the family or plant a tree in memory of Dorothy O'Connor, please visit Tribute Store
Monday
9
November