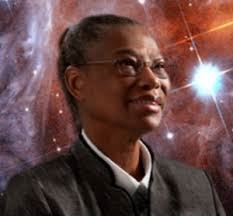 Mercedes Tharam Richards, 60, of State College, passed away at Hershey, Pennsylvania on February 3, 2016. She was born on May 14, 1955, in Kingston, Jamaica. Mercedes is survived by husband Donald Richards, whom she married in 1980. She is also survived by daughters Chandra Richards (Berkeley, CA) and Suzanne Richards (Harrisburg, PA), mother Phyllis Davis (Kingston, Jamaica), and brother Frank Davis (North Windsor, NJ). She was preceded in death by her father, Frank Davis, Sr. and sister, Yvonne Davis. Mercedes was a loving and highly supportive wife, mother, daughter, and sister. Mercedes graduated in 1966 from Providence Primary School and in 1973 from St. Hugh's High School, both in Kingston, Jamaica. She graduated in 1977 from the University of the West Indies with the degree of B.Sc. (Special Honors) in Physics. She received in 1979 her M.S. in Space Science at York University, Toronto and in 1986 her Ph.D. in Astronomy & Astrophysics from the University of Toronto. During 1986-1987, Mercedes was a visiting scholar at the University of North Carolina. From 1987-2002, she was a faculty member in the Department of Astronomy at the University of Virginia. In 2002, she joined the Department of Astronomy & Astrophysics at Penn State University and remained there for the rest of her career. Mercedes visited many universities and astronomical institutes. She had fond memories of her stays in 1999 at the Vatican Observatory in Castel Gandolfo, in 2000-2001 at the Institute for Advanced Study, Princeton, New Jersey; and in 2013-2014 at Heidelberg University, Germany. She also visited and conducted research at the Kitt Peak National Observatory in Arizona, Teide Observatory in Tenerife, the Spanish National Observatory in Madrid, the observatories at Skalnaté Pleso and Lomnický štít in Slovakia, and the South African Astronomical Observatory in Cape Town. Mercedes received numerous awards for her research, including a Fulbright Distinguished Chair Research award and the Musgrave Medal in Gold. Her Fulbright award allowed her to conduct research on interacting binary stars at the Astronomical Institute of Slovakia during the 2010–2011 academic year. The Musgrave Medal in Gold, awarded by the Institute of Jamaica for over 100 years for achievements in art, literature, and science, was awarded to Mercedes in 2008; she was only the 14th scientist to be so honored. Mercedes worked extensively in the fields of computational astrophysics, stellar astrophysics, exoplanets, and the physical dynamics of interacting binary star systems. She was best known for her calculations of Doppler tomographs of binary stars to simulate gas flow and predict magnetic activity, and her work in this area is viewed as pioneering. She was the first astrophysicist to apply novel distance correlation statistical methods to large astronomical databases. Mercedes was elected as an officer for numerous astronomical organizations, including as president of Commission 42 of the International Astronomical Union, councillor of the American Astronomical Society, and member of the Board of Advisers of the Caribbean Institute of Astronomy. She organized astronomy conferences in Sydney, Australia, in Tatranska Lomnica, Slovakia, and in other locations, and she served her departments faithfully in many administrative roles. As a teacher, Mercedes' passionate dedication to students of all backgrounds and income levels was well known. Her introductory astronomy classes at the University of Virginia and at Penn State were among the most popular on those campuses, and she held her students to high standards. She was also a founder and director of SEECoS, a high school science outreach program at Penn State, and she was a Harlow Shapely Lecturer for the American Astronomical Society. Outside work, Mercedes had broad interests. She was a classical violinist, passing many examinations of the British Royal School of Music. She was fluent in French; had working knowledge of German, Spanish, Slovak, and Czech; and she wrote several volumes of poetry. She had the ability to learn board games quickly, and she was very competitive at Monopoly. She enjoyed travelling, which led her to visit many places in North and Central America, Europe, Asia, Africa, and Australia. She was always concerned about the underdog, and she contributed regularly to food banks. A memorial service for Mercedes Tharam Richards will be held on Saturday, February 13, 2016 at 2:00 p.m. at the State College Friends Meeting, 611 East Prospect Avenue, State College, PA 16801. The service will be held as a Memorial Meeting for Worship, in the Quaker tradition, to reflect Mercedes' Quaker upbringing. Contributions in her honor to the Food Bank of State College are encouraged, 1321 S. Atherton Street, State College, PA 16801. Arrangements are under the direction of the Koch Funeral Home. Online condolences and signing of the guestbook may be made at www.kochfuneralhome.com
To send flowers to the family or plant a tree in memory of Mercedes Richards, please visit Tribute Store
Saturday
13
February

Share Your Memory of
Mercedes
Upload Your Memory View All Memories
Be the first to upload a memory!
Share A Memory
Send Flowers
Plant a Tree