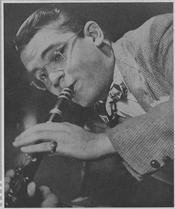 John William (Bill) Holl, 83, of State College, died on Wednesday, May 25, 2011, in Anthony House of Foxdale Village, State College. He was born on February 20, 1928 in Danville, Illinois. He was the son of the late W.B. Holl and Anna Marie Waldo. On August 20, 1950, he married Antoinette Fillhouer, who survives. He was predeceased by his daughter Vanessa Wren Killinger. Bill is survived by his sister Virginia Rudolph of Matteson, IL, as well as his wife and six sons and daughters: Jessica Holl Miramontes and husband Marino of Mission Viejo, CA; Roxanna Dinesen of Mechanicsburg, PA; Cassandra Holl Hogan and husband Michael of Schwenksville, PA; Alyssa Holl Saiers and husband Richard of Harrisburg, PA; Nathan Holl of Austin, TX; and Zachary Holl and wife Michelle of The Plains, OH; and thirteen grandchildren: Alicia and Lara Miramontes; Alexis, India, Darby, and Levi Hogan; Mackenzie and Adam Saiers; Joshua, Caleb and Serena Holl; Madeline and Liam Holl. Bill received his B.S. and M.S. degrees in Mechanical Engineering in 1949 and 1951, respectively, from the University of Illinois at Champaign/Urbana. He was granted a PhD in Mechanical Engineering from the Pennsylvania State University in 1959. He began his professional career at Penn State as a Research Assistant at the Garfield Thomas Water Tunnel (Applied Research Lab), while pursuing his PhD. In 1959 he accepted a position as Assistant Professor of Mechanical Engineering at the University of Nebraska in Lincoln. In 1963, Bill returned to Penn State as Associate Professor of Aerospace Engineering, achieving full Professor in 1967. Over many years his main area of research was in hydrodynamics, specifically, cavitation. He wrote numerous technical papers and advised many masters and doctoral candidates. From 1987 until retirement, he was Director of Graduate Studies in the Department of Aerospace Engineering. During the course of his career, Bill received various awards in recognition of his distinguished teaching, including the prestigious Lindback Award (now the Milton S. Eisenhower Award) in 1973. He periodically performed for his students on the clarinet and saxophone, including a tune he composed, called the "Aerospace 311 Blues." Bill was active for many years in the American Society of Mechanical Engineers (ASME), serving in later years as the Vice President of the Basic Engineering Group. He was also an Associate Fellow in the American Institute of Aeronautics and Astronomy (AIAA). As Engineering was his career, music was his soul. Both of Bill's parents had musical backgrounds, which influenced his major interest in music from an early age. He received a classical training in the clarinet from his father, who had played clarinet with John Phillip Sousa's band in the 1920's, and later developed skills in jazz and big band music. At age 13, he formed a 13-piece dance/jazz band, which continued until college graduation, paying for his education and that of his wife, Antoinette. Bill was the front man, like one of his heroes, Benny Goodman, and his father was the band's manager. When Bill was 16, he went to New York City and played with the Randy Brooks' Orchestra at the Roseland Ballroom on Times Square. During this time, the band produced several records under the Decca label, including one with the great jazz singer, Ella Fitzgerald. His children grew up to the sounds of a wide variety of music, from classical to Big Band and Jazz. Benny Goodman, Glenn Miller and Ella Fitzgerald were household names to the Holl children. At one time or another, the children played between them flute, clarinet, French horn, oboe, saxophone, cello, trumpet and piano. Bill enjoyed performing and remained active in many local musical organizations, including the Municipal Band, the Keystone Society of Swing, various chamber music groups, and several symphonies. Each summer for 30 years, Bill would drive to Bennington College in Vermont to participate in the Bennington Chamber Music Conference and Composers Forum of the East. He enjoyed teaching young people the clarinet and saxophone, which he was able to continue until recently. After retiring as Professor Emeritus in 1991, Bill was able to pursue a dream long deferred and achieve a degree in music. He became an undergraduate again, alongside much younger freshmen. He received his B.S. degree in Music for Clarinet Performance in 1995. Bill Holl was a remarkable father of seven children. He instilled in them a strong work ethic as well as the value of education. Bill was the chief family historian, taking his children on annual summer trips to his childhood home of Danville, Illinois to visit relatives. He was an equally devoted grandfather. Everyone who had the opportunity to know Bill noticed his unusual and infectious sense of humor. It was an odd combination of dry sarcasm and a playful pat on the back, which after you became accustomed to it, was welcoming and endearing. Bill Holl was a big man with a big heart, a big family, and a big life. He had an extraordinary influence as a loving and devoted father, grandfather and husband. He was a highly disciplined learner, teacher, and organizer in both his professional and family life, always eager to share his time and knowledge with others and to learn about their lives. In spite of his remarkable achievements, Bill was a humble man, completely devoid of pretension. He was grateful for what his parents had made possible for him. A service will be announced at a later date. In lieu of flowers, contributions can be sent to the Easter Seal Society of Central Pa., 383 Rolling Ridge Drive, State College, PA 16801, Foxdale Community Fund, 500 E. Marylyn Ave, State College, PA 16801, or the Unitarian Fellowship of Center County, 780 Waupelani Drive Ext., State College, PA 16801. **A Memorial Service of music will be held for John William Holl at 3:00 p.m., Sunday, July 17, 2011 at Foxdale Village in the auditorium in State College, Pennsylvania
To send flowers to the family or plant a tree in memory of William Holl, please visit Tribute Store

A Memorial Tree was planted for William
We are deeply sorry for your loss ~ the staff at Koch Funeral Home
Join in honoring their life - plant a memorial tree
Services for William Holl
There are no events scheduled. You can still show your support by sending flowers directly to the family, or planting a memorial tree in memory of William Holl.
Visit the Tribute Store
Print
Share A Memory
Send Flowers
Plant a Tree