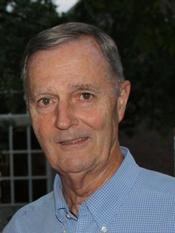 Stephen Staley Groves, 74, of State College, died Sunday, May 29, 2011, while bicycling in the State College area. Born January 18, 1937, in Quincy, Illinois, he was the son of the late Frank Woodrow Groves and Lillian Bennett Groves. On February 6, 1960 he married Kathy Parker, who survives. He is also survived by three daughters, Laura Groves Bulson and her husband, Kevin, of Charlotte, N.C., Ginger Groves O'Malley and her husband, Jack, of Haddonfield, N.J., and Peggy Groves Knaack and her husband, Joe, of Charlotte, N.C.; seven grandchildren, Katie and Charlie Bulson, Paige, Johnny, and Patrick O'Malley, and Audrey and Stephen Knaack; three sisters, Joan Groves of Aurora, Ill., Linda Iverson and her husband, Jerry, of Davisburg, Mich., and Penny Reid of Batavia, Ill., and a brother, Frank "Chip" Groves and his wife, Pam, of Bend, Ore. Steve was a 1955 graduate of Quincy High School. He earned his bachelor's in Mechanical Engineering in 1959 from the University of Illinois and an M.B.A. from the University of Indiana in 1963. Steve served in the U.S. Navy. Steve started with Corning Glass Works in Corning, N.Y. in 1963. After working at many Corning plants throughout the United States and France, he retired from Corning-Asahi in State College in 1998 as the plant manager. He also owned and managed Groves Industries for several years in the 1980s, as well as his own consulting business. Steve was an avid, life-long golfer with a great love for the game. He also loved traveling and cycling, having completed several cross-country bicycle trips. He had a wonderful, dry sense of humor, and loved spending time with his family and seven grandchildren, who loved him dearly. He was a member of the State College Presbyterian Church. Visitation will be from 6 to 8 p.m. on Wednesday, June 1, at Koch Funeral Home, 2401 S. Atherton St., State College. A memorial service will be held at 1:00 p.m. on Thursday, June 2, at the State College Presbyterian Church, 132 W. Beaver Ave., State College, with the Rev. Susan Reisinger and Rev. Joel Blunk officiating. Memorial contributions may be made to LiveStrong, 2201 E. Sixth Street, Austin, Texas 78702, www.livestrong.org, or to Autism Speaks, 216 Haddon Ave., Suite 403, Westmont, NJ 08108.
To send flowers to the family or plant a tree in memory of Stephen Groves, please visit Tribute Store

A Memorial Tree was planted for Stephen
We are deeply sorry for your loss ~ the staff at Koch Funeral Home
Join in honoring their life - plant a memorial tree
Services for Stephen Groves
There are no events scheduled. You can still show your support by sending flowers directly to the family, or planting a memorial tree in memory of Stephen Groves.
Visit the Tribute Store
Print
Share A Memory
Send Flowers
Plant a Tree