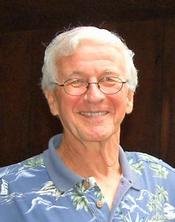 Chester C. Gnatt (Chet), 77, of Mechanicsburg, died Saturday, May, 28, 2011, at Forest Park Health Center, Carlisle. Born February 13, 1934, in Kingston, he was the son of the late Zigmund and Marie Dougard Gnat. On June 14, 1958 he married Patricia Burnley, who preceded him in death. He is survived by two children, Gregory C. Gnatt and his wife, Mary Jane Kilhofer Gnatt, of Mechanicsburg, Scott B. Gnatt, of Florida, one brother, Raymond, of New Jersey, and six grandchildren, Andrew, Emily, Alex, Katie, Cornelia and Clarissa. He was a 1952 graduate of Edwardsville High School. He served in the US Marine Corps from 1953-1956 during the Korean War as a Sergeant 1st MCRRD. He was awarded the National Defense Service Metal. He served in the USMC Reserve from 1956-1961. Chester attended Penn State University from 1956-1960, He graduated from Penn State in 1960 with a BA in Journalism. He spent three years as a general assignment reporter and education writer for the Lancaster New Era and one year as a general assignment reporter for the Philadelphia Bulletin. He was hired by Penn State University on November 2, 1962 where he held many administrative staff positions. In 1962 he did the News Assistant Dept Public Information, In1965 he was the Commonwealth Campus Information Officer. From 1968-1970 he was a speech writer and special assistant to university president Eric Walker whom he wrote several speeches for and were published in the Congressional Record and reprinted in "Vital Speeches" and one, a commencement address, has been reprinted numerous times and is still being requested. He was assistant to the Provost from 1971-1982, serving with four different provosts. He served as Executive Secretary of the Council of Academic Deans and University Council. He also represented the provost on many University committees and task forces and helped to develop the University's mission statement for the "Plan for the 1980's" and was involved in planning the expansion of international education at the university. Thru the later 80's he lead as Assistant director for public information and Publications for Continuing Education, finally becoming Director of Continuing Educations Marketing Communications. Under his leadership, Marketing Communications won many awards for marketing, publication campaigns, direct mail pieces, posters, tabloids and newspapers from the National University Continuing Education Association (NUCEA).He was a member of the council for the Advancement and Support of Education, the college and University Public Relations Association of Pennsylvania and the National University Continuing Education Association. Within NUCEA he served as a distinguished mentor and chair of the Division of Marketing and Promotion. He retired on December 31, 1991. Chester was a recent member of the Nittany Leatherheads Detachment (DET 302) serving in Centre County. Visitation will be 12:30-2 p.m., Friday, June 3, 2011 at Koch Funeral Home, 2401 S. Atherton St., State College. Funeral service will follow at 2 p.m. at the funeral home. Burial will be in Boalsburg Cemetery. Donations in lieu of flowers can be made to the Alzheimer's Association, Greater Pennsylvania Chapter 3544 N Progress Avenue #205 Harrisburg, PA 17110.
To send flowers to the family or plant a tree in memory of Chester Gnatt, please visit Tribute Store

A Memorial Tree was planted for Chester
We are deeply sorry for your loss ~ the staff at Koch Funeral Home
Join in honoring their life - plant a memorial tree
Services for Chester Gnatt
There are no events scheduled. You can still show your support by sending flowers directly to the family, or planting a memorial tree in memory of Chester Gnatt.
Visit the Tribute Store
Print
Share A Memory
Send Flowers
Plant a Tree