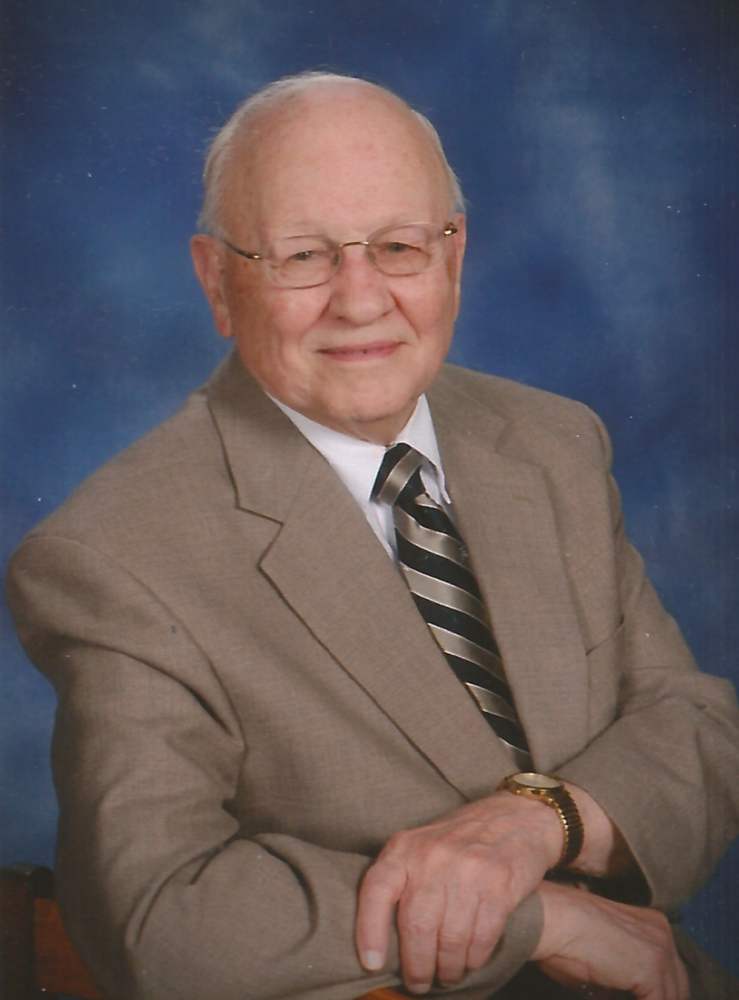 Ray is survived by a son, Thomas (Rocco) Fortunato and his wife, Monea, of Bracketteville, TX; a daughter, Carol Witmer, and her husband Jim, of Orlando, FL; a granddaughter, Anna J. Witmer of Pleasant Gap, PA; a grandson, Thomas O. Witmer and his wife, Liz, and great-granddaughter, Amelia Ruth Witmer, all of Pleasant Gap; a sister-in-law, Patricia Hill, of Cabot, PA; several nieces and nephews; and a legacy of music, laughter, and fun.

During World War II, Ray served as an officer in the 78th Infantry Division and fought in Germany. Among his military citations were two Purple Hearts and two Bronze Stars. At the time of his honorable discharge in 1947 he was commissioned as a military intelligence officer.

He received two degrees from Penn State University, a BS in Business Administration in '47, and a Masters in Music Composition in '52. He was employed by Penn State from 1948 through 1985 and retired as Assistant Vice President for Human Resources Emeritus. During his employment at Penn State he was awarded the John Wilkinson Award for Administrative Excellence, and the Lions Paw Medal for service to the University. Another part of his life was in music and theatre, having served as director of Penn State Thespians for thirteen years. He played and acted in performances entertaining Penn Alumni and State College audiences. He wrote music used in Thespians and other shows, and for his church choir. Ray wrote one of Penn State's traditional fight songs, "Hail, O Hail", which the Penn State Glee Club uses to open every concert.

Following retirement from Penn State he founded Ray T. Fortunato Associates, a consulting firm in higher education administration. He had over 130 consulting assignments at 84 different colleges and universities across the country.

Ray authored or co-authored eight books, six of which won national awards. For thirteen summers he served on the faculty of the College Business Management Institute at the University of Kentucky.

In his later retirement years, Ray turned again to his music and performed often for the Penn State Alumni Association reunions, and at retirement villages throughout Central Pennsylvania.

He was a member of the State College Presbyterian Church and served as deacon, elder, and chair of the Board of Trustees. He sang in the church choir over 35 years.

In lieu of flowers, donations may be made to the State College Presbyterian Church, 132 W. Beaver Ave., State College, PA 16801.

Arrangements are under the care of Koch Funeral Home. Signing of the guest book and condolences may be made at www.kochfuneralhome.com

To send flowers to the family or plant a tree in memory of Raymond Fortunato, please visit Tribute Store
Saturday
13
January

Share Your Memory of
Raymond
Upload Your Memory View All Memories
Be the first to upload a memory!
Share A Memory
Send Flowers