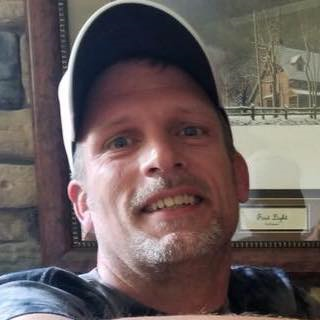 Dennis Allen Felmlee, II, 44, of State College, died Sunday, January 6, 2019, at home. Born December 26, 1974, in Oil City, he was the son of Dennis Allen Felmlee and his wife, Kathleen of Madison, N.C. and Elizabeth Jo Lutz Kile and her husband, Loy, of Andover, OH. In addition to his parents, he is survived by four children, Taryn Goodman, Damean Felmlee, Brianna Lynn Felmlee and Abigail Nicole Felmlee, all of Clarion; a sister, Mandy DeFranco and her companion, Kenny Bullins, of Walnut Grove, N.C.; three grandchildren. He was preceded in death by a brother, William Corry and a brother in-law, Gerald "Jerry" DeFranco. He was a 1993 graduate of North Clarion High School. Dennis was previously employed as the Manager of Uni-mart in Clarion and Altoona. He was the treasurer of the Independence Place Homeowners Association and also served as the Vice President. He enjoyed riding four wheelers and dirt bikes and was big into technology. Visitation will be from 6 until 8 p.m., on Wednesday, January 9, 2019, at Koch Funeral Home, 2401 South Atherton Street, State College. Memorial service will be at 10 a.m., on Thursday, January 10, 2019, at the funeral home, with Mr. Matthew Geiger officiating. In lieu of flowers, memorial contributions may be made to St. Jude's Children's Hospital by visiting https://www.stjude.org/donate/donate-to-st-jude.html?sc_icid=wtg-lz-donatenow. Arrangements are under the care of Koch Funeral Home, State College. Online condolences and signing of the guest book may be entered at www.kochfuneralhome.com.
To send flowers to the family or plant a tree in memory of Dennis Felmlee II, please visit Tribute Store
Tuesday
8
January

Share Your Memory of
Dennis
Upload Your Memory View All Memories
Be the first to upload a memory!
Share A Memory
Send Flowers