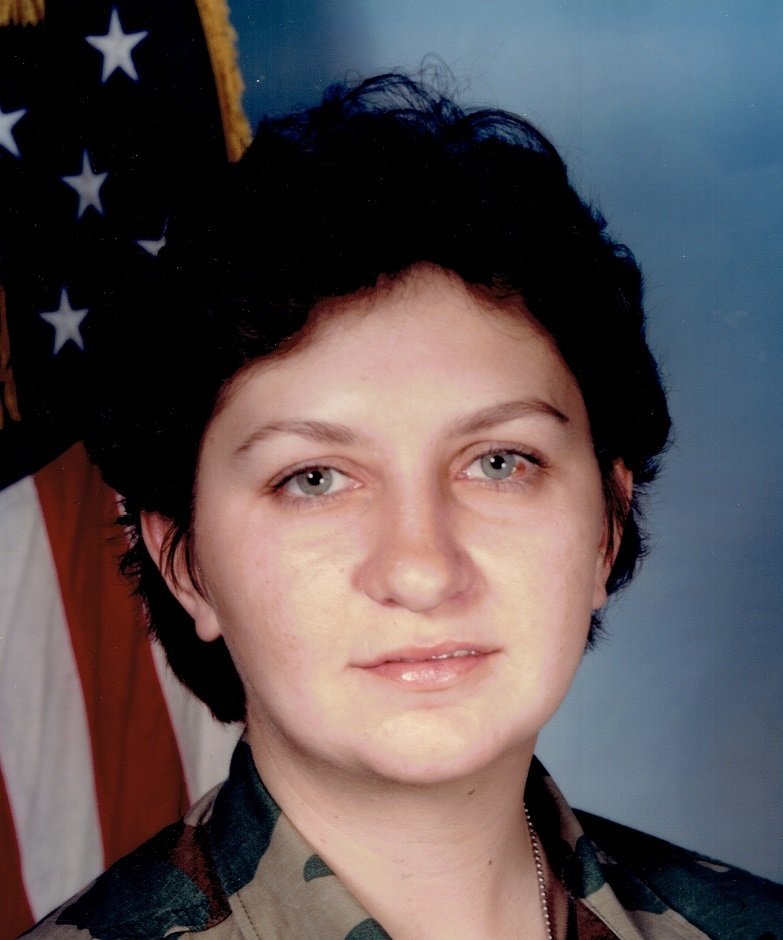 Born September 15, 1957 in Brooklyn, N.Y., She was the daughter of Fred and Roesli Stechele.

Sylvia was preceded in death by her mother, Roesli, and is survived by her son, Michael Stechele also of Warriors Mark; her father, Fred Stechele of State College; her sisters, Irma Caso of Moseley, Virginia and Heidi Zimbler and her husband, Harry, of Pennsylvania Furnace; and her brother, Walter Stechele and his wife, Marti, of Yorktown, Virginia.

Sylvia attended High School in Brentwood, New York and then after moving to the State College area, attended and graduated from Penn College of Technology with a degree in Electronics. She worked in the electronics field all of her career.

Sylvia served for 27 years with great dedication and pride in The Pennsylvania Army National Guard. Throughout her military career, she earned several Commendation and Achievement Medals as well as several other decorations such as National Defense Medal, Iraq Campaign Medal and Global War on Terrorism Service Medal. She was called up to active duty twice. The first time was in 2002 when she was deployed to Germany for 18 months in support of Operation Enduring Freedom. The second time she was activated was in 2005 and was deployed to Iraq for another 18 months in support of Operation Iraqi Freedom. While there she earned 2 Navy Commendation medals. The first was for her support of the II Marine Expeditionary Force from 1 July, 2005 to 28 February, 2006 and the second in support of the I Marine Expeditionary Force, from 28 February, 2006 to 9 February, 2007. While in Iraq, she maintained communication systems and mobile weapon launch systems.  She served her Country proudly, honorably and with great distinction.

Sylvia was always the shining light of every family gathering. She always had the biggest smile and the happiest face. She was the candlelight in the darkness and now that candle has been snuffed out forever. Never to glow again, but will forever be remembered. On February 22, 2019 Sylvia boarded the Angel Flight for her final destination among the Angels.

Memorial contributions can be made in memory of Sylvia to Wounded Warrior Project.

Arrangements were made by Koch Funeral Home of State College. Online condolences and signing of the guestbook- www.kochfuneralhome.com.

Share Your Memory of
Sylvia
Upload Your Memory View All Memories
Be the first to upload a memory!
Share A Memory
Send Flowers