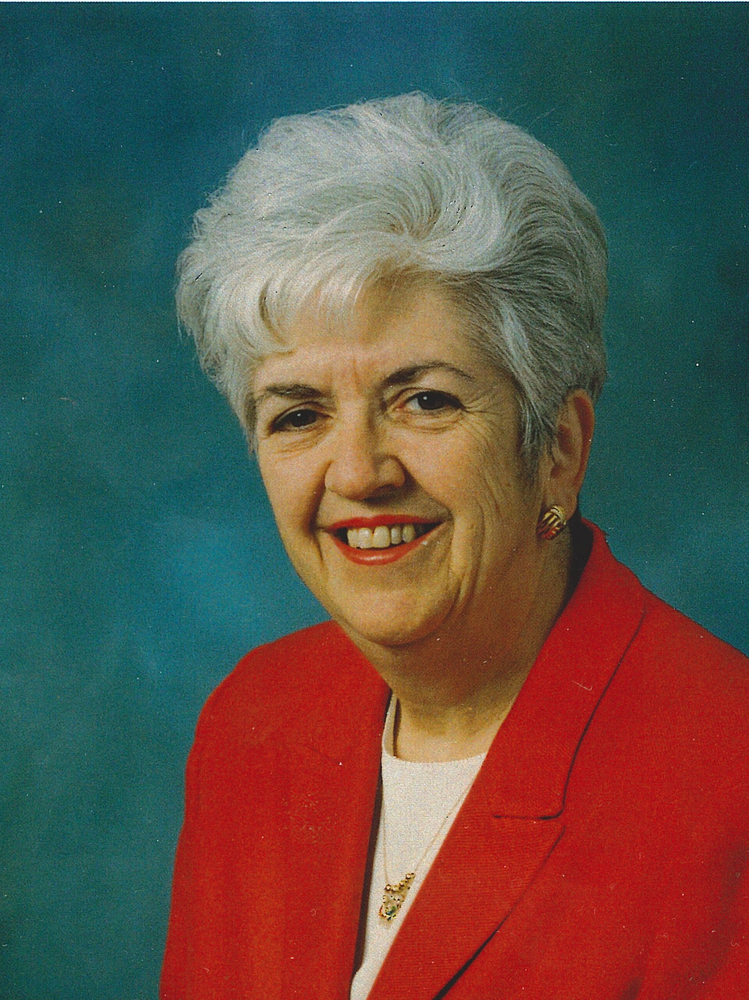 Jo Chesworth, 80, State College, PA, passed away at Foxdale Village on April 13, 2019.  Originally from Indiana, Jo’s family moved to Pittsburgh when she was a teenager.  After graduating from Mt. Lebanon High School, Jo moved to the Nittany Valley to attend Penn State University and never left.

She started her writing career at the Daily Collegian and later served as its editor.  She met the love of her life, Tom Chesworth, in the new Hetzel Union Building (HUB) and they were married for over 59 years before his death last September.  An active member of Phi Mu Sorority, Jo graduated from Penn State with a BS in journalism in 1960.  Until recently, she and her first PSU roommate, Susan Morris spent a week touring the US together every summer.

A local historian, Jo started as a free-lance writer and then worked for the Barash Group and later for the Penn State Alumni Association, writing over 240 feature articles for Town & Gown and The Penn Stater Magazines.  She wrote a book entitled Story of the Century for State College Borough’s Centennial Celebration in 1996 which “chronicled the people, places, events and milestones” of this unique community and dozens of local businesses.  Riding in the Centennial parade that year was one of her proudest memories.

Jo’s career included positions with WMAJ radio and WPSX (now WPSU) television station.  She reviewed plays for the local Pennsylvania Mirror newspaper and taught some journalism classes at Penn State.  In 1993, she left the PSU Alumni Association to work full-time publishing three technical newsletters for her husband’s business.  The couple traveled the world together on business and took a personal cruise every spring.

Active in the community, Jo served as a township supervisor in College Township and later in Harris Township.  She also served on the CATA Board and was a member of St. Paul’s United Methodist Church in State College.

Jo loved to play golf, bridge and Scrabble in which she excelled.  She was president of the Dame’s Club at PSU and later helped form groups called “The Fifty Fabs” and the Red Hats with other like-minded women.  She and Tom were active members of the Mt. Nittany Chapter of the American Wine Society and chaired a regional meeting of the AWS at the Penn Stater Hotel. In later years the couple wrote a column for the Centre Daily Times on affordable wines.

A visitation will be held from 9:30 until 11:00 a.m., Thursday, April 18, 2019 at Koch Funeral Home, 2401 S. Atherton St., State College. The funeral service will follow at 11:00 am on Thursday at the funeral home, with Rev. Greg Milinovich officiating. Burial will be in Boalsburg Cemetery. All attendees are encouraged to join the family at a reception following the services.

Memorial contributions can be made to the State College Community Theatre, 210 West Hamilton Ave.

To send flowers to the family or plant a tree in memory of Josephine Chesworth, please visit Tribute Store
Thursday
18
April

Share Your Memory of
Josephine
Upload Your Memory View All Memories
Be the first to upload a memory!
Share A Memory
Send Flowers