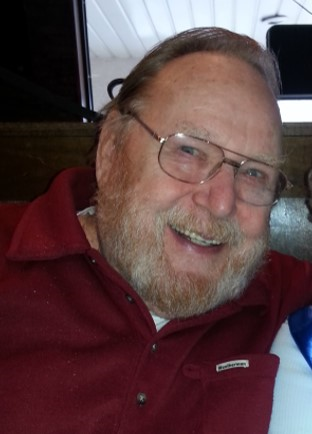 Edward Wray Homan, 81, of State College, died Tuesday, June 11, 2019, at Mount Nittany Medical Center. Born July 20, 1937, in Bellefonte, he was the son of the late Wray C. and Mary R. (Reed) Homan. On June 28, 1957 he married Barbara Williams, who survives. In addition to his wife, he is survived by two children, Nicholas Homan of State College and Kimberly Homan of Glen Burnie, MD; two brothers, George T. Homan and his wife, Deborah, of Mechanicsburg and Michael R. Homan and his wife, Darla, of Huntingdon; two grandsons, Benjamin Homan and Kyle Smith; three great-grandchildren, Bristol Snook, Jack Smith and Chris Smith. He attended State College High School. Edward served in the United States Army from 1957 until 1959. He worked as a mechanic his entire life and also drove bus for Fullington Bus Lines. During his career as a bus driver, he received the Million Mile Award for safe driving. He enjoyed spending time with his family, fishing, wood working, and tinkering in his shop. Visitation will be from 10 until 11 a.m., on Friday, June 14, 2019 at Koch Funeral Home, 2401 S. Atherton St., State College. Funeral service will follow at the funeral home. Burial will be in Centre County Memorial Park. Memorial contributions may be made to St. Jude Children's Research Hospital by visiting St. Jude Children's Hospital, Shriner's Children's Hospital or the Centre County Food Bank. Arrangements are under the care of Koch Funeral Home, State College. Online condolences and signing of the guest book may be entered at www.kochfuneralhome.com.
To send flowers to the family or plant a tree in memory of Edward Homan, please visit Tribute Store
Friday
14
June

Share Your Memory of
Edward
Upload Your Memory View All Memories
Be the first to upload a memory!
Share A Memory
Send Flowers