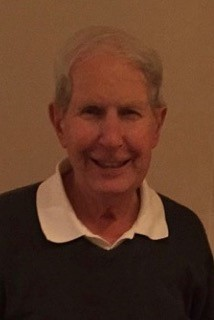 Richard Mandel, 87, beloved husband, father, grandfather and friend passed away on July 23rd, 2019 after a brief illness. Richard was an active retiree who enjoyed golfing, ballroom dancing, Spikes baseball, Penn State Basketball, playing piano, model airplanes and travel. Richard retired after a long career in optometry working in Pittsburgh, West Mifflin and Uniontown helping thousands of people in Western Pennsylvania with their vision. Born in Kokomo Indiana in 1932 Richard moved with his parents to Chicago; ultimately settling in Turtle Creek PA. After optometry school he served in the US Air Force as an optometrist. He married his wife Particia (Chauvaux) of 49 years in 1961 and moved to Churchill PA raising his family before moving to State College PA after retirement to be close to his daughter. His wife passed in 2011. Richard is survived by his long time fiancée Pauline McVay, her children Lisa and Mark and her grandson Marshal. Also surviving are his daughter Susan Justice & husband Bill, his son Bill and wife Kori and 6 grandchildren Haley, Nick, Rachel, Jake, Sylvia and Samantha. Visitation will be on Monday July 29 from 6 - 8pm at Koch Funeral Home, 2401 S. Atherton St., State College. A Funeral Mass will be on Tuesday July 30 at 10:30am at Our Lady of Victory Catholic Church, 820 Westerly Parkway, State College. Burial will be at Boalsburg Cemetery. Memorial contributions may be made to "Ballroom Dancing" care of Vicki Wedler, 2521 Tara Circle, State College PA 16803 Arrangements are under the care of Koch Funeral Home, State College. Online condolences and signing of the guest book may be entered at www.kochfuneralhome.com.
To send flowers to the family or plant a tree in memory of Richard Mandel, please visit Tribute Store
Tuesday
30
July