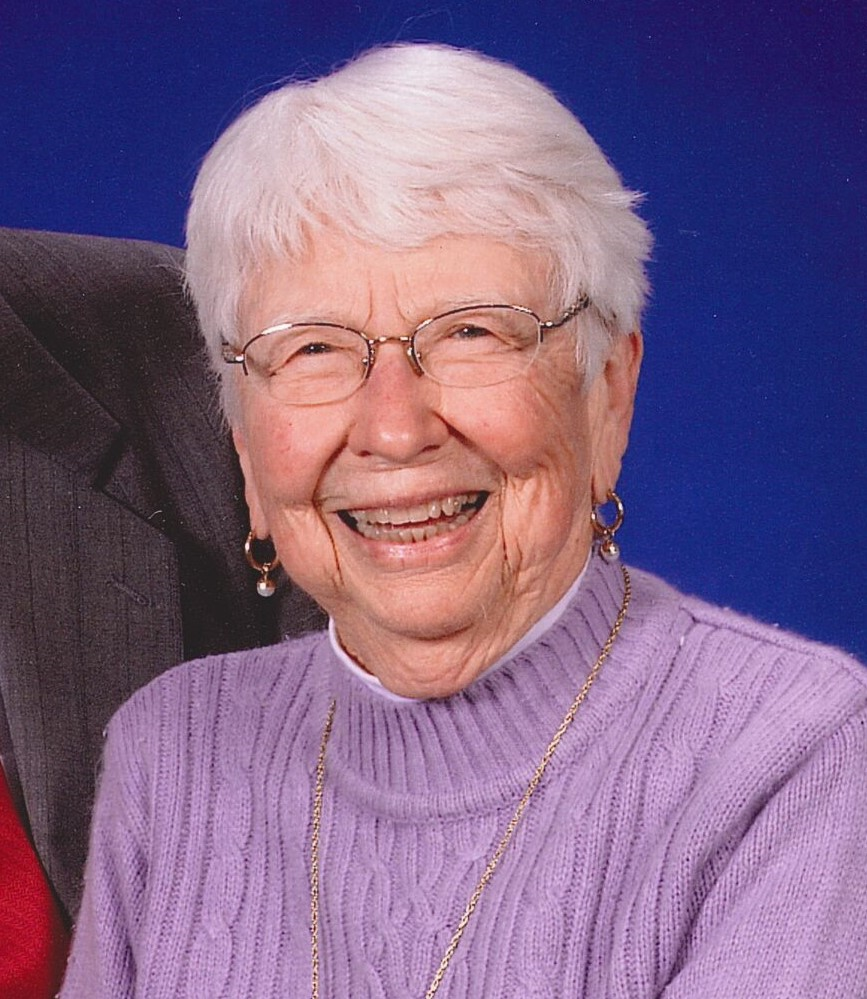 Doris Bates Huntsman, 94, of State College, PA, died peacefully at home on Friday, August 10, 2019, surrounded by her family. Born September 4, 1924, in Atlantic City, New Jersey, she was the daughter of the late Ralph Waldo Bates and Lillie May Burley Bates. She was raised in Northfield, NJ, and graduated from Pleasantville High School. Doris is survived by her son, Dr. William Thomas "Tom" Huntsman, IV and his wife, Dr. Julie Doub Huntsman, of Fly Creek, NY; daughter, Cynthia Huntsman Flanagan and husband, Dr. Michael P. Flanagan, of Port Matilda, PA; four grandchildren, William Thomas "Trevor" Huntsman, V, Coral Joanna Flanagan, Isaac Murray Huntsman, and Drew Huntsman Flanagan; one great grandchild, William Thomas Huntsman VI, born just eight days prior to her death; and her beloved Boston Terrier, Andi. She was preceded in death by her husband, William (Bill) Thomas Huntsman, III, and brother, Robert Louis Bates. After graduating from high school, Doris attended Ohio University in Athens, Ohio. She graduated with a Bachelor of Science degree in Chemistry. Afterwards, she trained at The Ohio State University, earning the equivalent of a Master's degree in Medical Technology. Subsequently, she worked at Atlantic City Hospital and later moved to Philadelphia to work for Smith Kline Pharmaceuticals as a junior scientist. She was involved in early research to develop the medication, Synthroid (levothyroxine), used widely today to treat hypothyroidism. In addition, she contributed to research that developed the drug, Thorazine, an anti-psychotic medication. In the course of her work on Synthroid, she became an expert in the surgical removal of thyroid glands from rats used in Smith Kline's research protocols. On January 1, 1955 she married Bill Huntsman, whom she had met in a social group of young professionals residing in Philadelphia. After her son, Tom, was born, she retired from her professional career to be a full-time mother. She moved with her growing family to locations in New Jersey, Pennsylvania, and Maryland, before finally settling in Severna Park, MD, where she resided for 35 years and was an active member of the community. She achieved recognition for her many years of volunteer activities with the Women's Auxiliary of Anne Arundel Medical Center in Annapolis, MD. In addition, she was active in the Severna Park United Methodist Church, local bridge club, and Severna Park High School Marching Band's booster club, traveling on numerous trips around the country with her son and daughter who played in the band. In 2003, Doris and Bill relocated to State College, PA, to be closer to their children and grandchildren. She quickly became an engaged member of her new community, volunteering at Meals on Wheels and Mount Nittany Medical Center. She was a prolific knitter, who was recognized for contributing over 5,000 knitted hats for newborn babies at Anne Arundel Medical Center. In addition, she was an exceptional seamstress, sewing many of the clothes worn by her children and grandchildren, including the wedding dress and six bridesmaids dresses worn at her daughter's wedding. Throughout her life, she returned to her roots each year by vacationing in Ocean City, NJ, where she had enjoyed the shore from the time she was a small child. A memorial church service will be held on August 25, 2019 at 1:00 pm at St. Paul's United Methodist Church, State College, PA, where she was a long-time member. Burial will be by private service in Pine Hall Cemetery, with pastor Becky McGee officiating. Memorial contributions may be directed to Meals on Wheels, 205 Garner Street, State College, PA, 16801. Arrangements are under the care of Koch Funeral Home, State College. Online condolences and signing of the guest book may be entered at www.kochfuneralhome.com.
To send flowers to the family or plant a tree in memory of Doris Huntsman, please visit Tribute Store
Sunday
25
August

Share Your Memory of
Doris
Upload Your Memory View All Memories
Be the first to upload a memory!
Share A Memory
Send Flowers