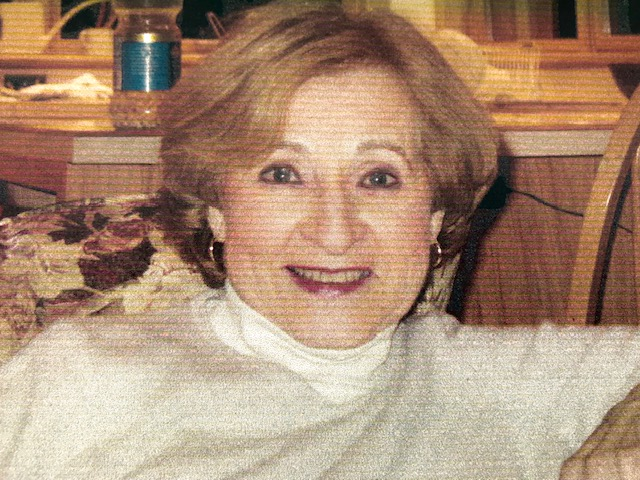 Helen Marguerite Visnovsky was born Sept 28, 1924 in Brooklyn, NY. She died on Sat. August 24th, 2019, in State College PA., with her family near. She was 94. She was the daughter of George and Helen Franke, of Douglaston, NY. Helen was preceded in death by her parents, her husband, Andrew J. Visnovsky, and son in law, Thomas Houston. She graduated from Bayside High School, Queens, NY in 1942. After graduation she studied business administration and worked for American Airlines in New York City. She married Andrew Joseph Visnovsky from Windber, PA, on August 6th, 1950 and enjoyed 62 years of marriage until he died on Oct 31, 2012. She is survived by her twin brother, George Franke, of Northport, NY, and her 3 children, James (Pamela), William (Mary) and Jeanne, (Thomas); as well as her 7 grandchildren, Andrew, Isaiah, Monica, Micah, Ezra, Michael and Matthew. Helen was a resident of State College from 1950 to 1972 where she was active in the Penn State Figure Skating Club, was in a bowling league, and regularly played bridge. Her husband's job took them to Glastonbury CT, where she lived until after he retired and they once again relocated to State College in 1997. Helen was an avid figure skater and had a long career teaching figure skating into her 80's to both young and old students when she lived in Connecticut and in State College. Always disciplined in ice skating, she regularly practiced and passed her tests to become proficient in ice dancing which she loved. She was an accomplished seamstress, making fashionable clothing for herself and her family, and made many sets of window coverings for both her own home and for others. Knitting was also a favorite past time and always had a few things "ready" for a great grandchild when one comes along. She always enjoyed learning new crafts, many of which she sold at craft fairs and to friends. She was a regular participant in exercise classes and activities with the Senior Center in State College and liked spending time with her friends she met there. Arrangements are being handled by Koch Funeral Home, State College, PA. Services will be at the convenience of the family. Interment will be in Arlington Cemetery, Arlington, VA to be with her husband, Andrew for eternity. In lieu of flowers the family asks that contributions be made to: Hospice Foundation of America 1707 L Street NW, Suite 220 Washington, DC 20036 https://hospicefoundation.org/Donate
Friday
29
November

Share Your Memory of
Helen
Upload Your Memory View All Memories
Be the first to upload a memory!
Share A Memory
Send Flowers