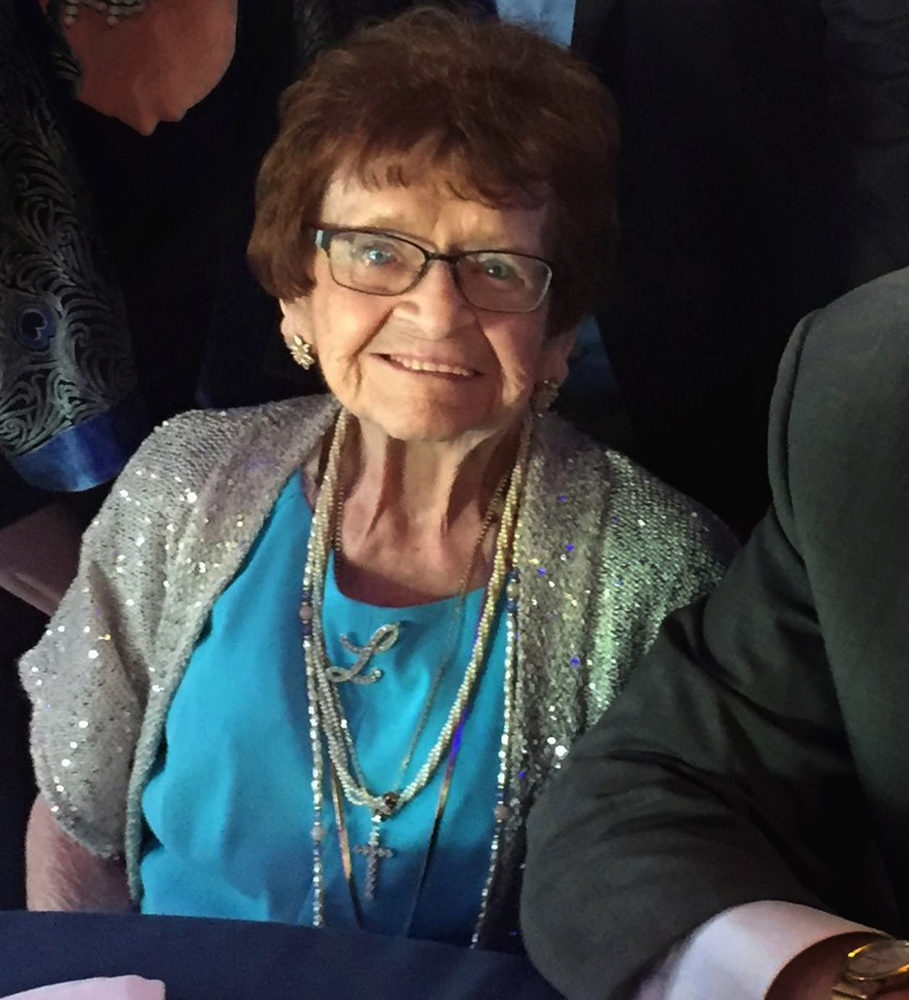 Lucille Mansell passed away on August 31, 2019. Born May 18, 1922 in Barnesboro, PA, Lucy was the daughter of the late Patrick and Ellen McGrinn. On May 18, 1943 she married her high school sweetheart Leonard E. Mansell who preceded her in death in 2001. They were married for 58 years. She was a telephone operator from her high school days until the early 1960's, working in her hometown of Barnesboro, as well as in Denver, CO while her husband was stationed at Buckley Field and then sent overseas during World War II, and later at Penn State University after the couple moved to State College in 1948. Lucille, known by many as Lucy, was a devoted member of Our Lady of Victory Catholic parish for 70 years and attended mass there daily for many years. She volunteered for many years in the Our Lady of Victory School cafeteria. She enjoyed square dancing, music, family gatherings, and college football. She is survived by a daughter, Carol Ann, and her husband Richard Hobson, both of Los Angeles, CA, son Gerry Mansell, State College, and son Patrick Mansell and his wife Maria, and their three children, her devoted grandsons, Michael, Patrick, and David, all of State College. Lucy's family would like to send a special thank you to Juniper Village, and William Penn Healthcare and Rehab for the loving care they provided her in her final weeks. A Visitation will be held from 6-8pm on Thursday, September 5, 2019 at Koch Funeral Home, 2401 S. Atherton Street, State College. A Funeral Mass will be held at 10:30am on Friday, September 6, 2019 at Our Lady of Victory Catholic Church, 820 Westerly Parkway, State College with the Father Neil Dadey officiating. Burial will follow the service at Centre County Memorial Park. Memorial Contributions may be made in Lucy's honor to a charity of the donor's choice.
To send flowers to the family or plant a tree in memory of Lucille Mansell, please visit Tribute Store
Thursday
5
September

Share Your Memory of
Lucille
Upload Your Memory View All Memories
Be the first to upload a memory!
Share A Memory
Send Flowers