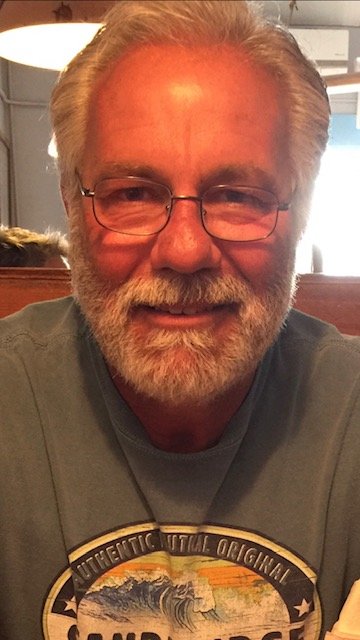 Franklin Bernard Ball Jr., 60 of Bellefonte, Pa., passed away on September 7, 2019 due to an accident. He and his wife, Alice, were visiting family in Virginia at the time.

Frank was born October 22, 1958 to Franklin Ball Sr. and Sally Ball (Hoenstine) at Ft. Gordon Georgia.  For 8 years he was the sole focus of his family until his brother Tom was born. He was a child filled with joy who loved traveling with his family and became both a history and political buff. He was an avid reader of history, politics, architecture, music, planes and the entertainment field. He spent hours in museums. Frank lived an adventurous life growing up in a military family. He lived in Aberdeen Proving Grounds, Maryland; Ausberg, Germany; Fort Richey, Maryland; Bayonne, New Jersey; Worms, Germany; Bremerhaven, Germany; Fort Eustis, Virginia; and Fort AP Hill, Virginia. No matter where he was living, he excelled in sports including soccer, football (quarterback) and baseball (pitcher).  He is survived by his parents and his brother Tom and Tom’s wife, Shari, and their two sons Jeremy and Joseph of Grove City, Pa.,

Frank is also survived by his wife, Alice Wechsler, whom he married  on November 22, 1980,  after dating for 10 months.  Their connection was their upbringing in the military and their immediate love for each other. His unconditional love was his greatest gift to Alice.   Their sons, Austin and Andrew, were born in 1984 and 1990 respectively.  On May 4, 2016, twin grandsons, James and Franklin, were born to Austin and his wife Katie (Gerl). Frank loved these little cuties and was so proud to be their Papa.  Watching him with the boys brought happiness to all our hearts.

Frank graduated from Bowling Green High School in 1976 and from the Pennsylvania State University in 1981 with a degree in Criminal Justice from the Administration of Justice Department. After working at The Spring Township Police Department for several years he joined the Penn State Police Department where he worked for 33 years until he retired in 2017. Frank was a lifelong learner and enjoyed going to trainings and taking on additional responsibilities in the department as well as being a teacher and mentor to younger officers. During his 33 years, he received commendations for his ability to defuse potentially dangerous situations.  He was known as the “Go To” officer, taking on many roles such as (one of the first) Bicycle Officer, Field Training Officer, Records Supervisor, Detective, Sergeant, Standard Field Sobriety Testing Instructor (DUI), Use of Force Instructor (to include: Advanced Monadnock Expandable Baton, Monadnock Defensive Tactics Systems, Taser, OC, Specialty Impact Munition and Chemical Munitions and Simunition Scenario Instructor. He was also an armorer for the Glock, Smith & Wesson M&P and Rifle AR-15/M4. Frank was well-respected and well-liked by the law enforcement community..

After retirement, Frank and Alice spent time traveling and enjoying their passion for food.  The Revival Kitchen was Frank’s favorite restaurant. Last year, after buying an English Setter puppy, Layla, Frank and Alice began traveling to various dog shows with her.  Both  their setters, Layla and her older sister, Roxie, were Frank’s “sweeties.”

In lieu of a traditional service the family will be having a private Celebration of Life at a later time.  Donations can be made to Frank’s favorite organizations: Centre County Paws, and Pets Come First of Centre Hall or Harvest Fields of Boalsburg.

Share Your Memory of
Franklin
Upload Your Memory View All Memories
Be the first to upload a memory!
Share A Memory
Send Flowers