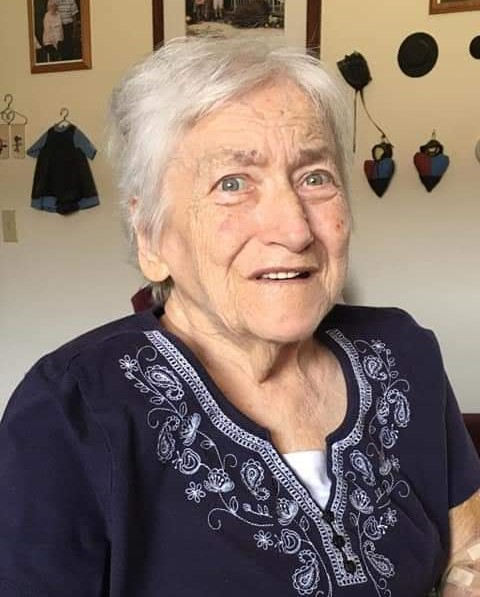 Born September 6, 1942, in Boalsburg, she was the daughter of the late Russell Harmon and the late Edna Mae Breon Harpster. On April 5, 1964 she married John L. Witherite, Sr., who survives.

Betty was an avid gardener, loved her flowers, watching birds and loved to draw. She is a graduate of State College Area School and worked as a cafeteria worker there until she retired. She was a Brownie and Girl Scout Troop Leader, 4-H Leader, and was a member of Pine Grove Mills Presbyterian Church. She was also the original Pine Grove Mills Bicentennial/News Letter artist and was a member of PGM VFW post 5825 but her biggest accomplishment in her life was her family and being a mother hen to all the PGM kids.

Funeral Service will be Wednesday, September 18, 2019 at 11am at Koch Funeral Home, with the Reverend Carl Campbell officiating.

Burial will be at Centre County Memorial Park

Memorial contributions may be directed to the American Heart Association at heart.org, American Cancer Society at cancer.org, or the Kidney Foundation at www.kidney.org.

To send flowers to the family or plant a tree in memory of Betty Witherite, please visit Tribute Store
Tuesday
17
September

Share Your Memory of
Betty
Upload Your Memory View All Memories
Be the first to upload a memory!
Share A Memory
Send Flowers