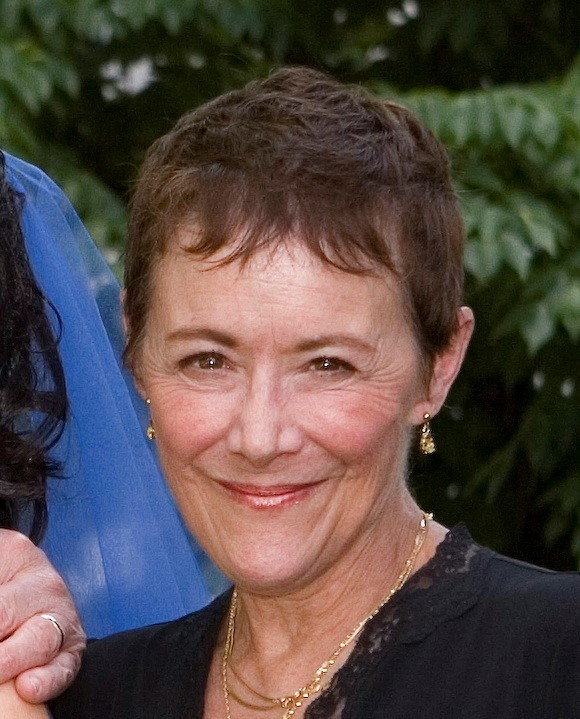 Susan Henney Voss, of State College, died on Thursday, September 26, 2019, at Mount Nittany Medical Center. A lover of insects with a PhD in entomology, unabashed user of the F word, and teller of hilarious stories of debauchery from her youth, she was 74 at the time of her death. Born April 26, 1945, in Columbus, OH, she was the daughter of the late Alfred and Jeannette Hillman Henney. On December 7, 1968 she married Richard Philip Voss, who survives in Atlanta, GA. Also surviving are two children, Charles Philip Voss and his wife, Emily, of Trumbull, CT, Kathleen Voss Shriver and her husband, Dr. Mark Shriver, of State College; siblings, Kathleen Lacey and her husband, Stephen Lacey, MD, of Cleveland Heights, OH, Christopher Henney and his wife, Martha, of Wethersfield, CT; five grandchildren, Theodore and Winston Voss, and Hector, Darwin, and Huxley Shriver. In 1968 she received a Bachelor of Arts degree in Spanish from Duke University. In 1976, she received a Master of Science degree in biology from Rivier College. In 1987, she received a Doctor of Philosophy degree in entomology from the University of Georgia. She went on to work as a scientist in tissue culture and DNA labs in Georgia. In 2010 she retired and moved to State College, Pennsylvania to be near her daughter. Susan grew up playing with ants and even wrote in an elementary school paper that she hoped to study them someday. In college, she was a free spirit, once accidentally lighting her dress on fire, leading scavenger hunts for such items as traffic cones, butcher aprons, and matchboxes, and celebrating a successful hunt with plentiful alcohol and song. After having her children, Kathleen and Charles, Susan's dream to study ants finally came true when she completed her dissertation on the mating habits of fire ants in Georgia. Her love of insects is shared by her grandson Hector, who always remembers that insects have six legs, while spiders have eight. Late in life, Susan discovered Queen and Freddie Mercury. Her favorite Queen song was "Killer Queen." She also loved the song "Come on Eileen" by Dexys Midnight Runners and "Slum Goddess from the Lower East Side" by the Fugs. Visitation will be from 1:30 until 3:30, on Thursday, October 3, 2019 at Koch Funeral Home, 2401 S. Atherton St., State College. Memorial service will be at 3:30, on Thursday, October 3, 2019, at the funeral home. In lieu of flowers, memorial contributions may be made to Centre County PAWS, 1401 Trout Road, State College, PA 16801 or to the Ronald McDonald House, 100 North Academy Avenue And Trembulak Way, Danville, PA 17821. Arrangements are under the care of Koch Funeral Home, State College. Online condolences and signing of the guest book may be entered at www.kochfuneralhome.com or visit us on Facebook.
Thursday
3
October

Share Your Memory of
Susan
Upload Your Memory View All Memories
Be the first to upload a memory!
Share A Memory
Send Flowers