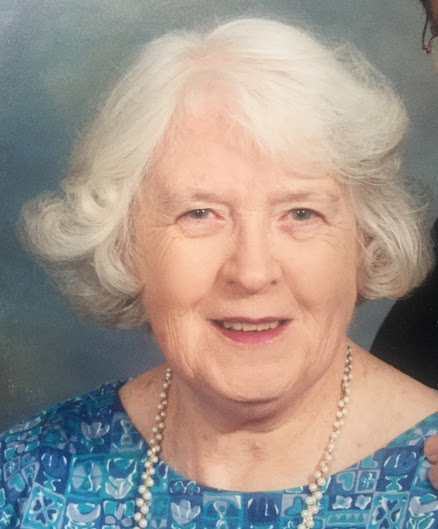 Theresa "Betty" Sapanski, 93, of State College, passed away on October 30, 2019 at Juniper Village. She was born on September 1, 1926, to the late Frank and Molly Brown in Brooklyn, NY, where she grew up and where she later married the love of her life, Walter Sapanski Jr. in June of 1949. They soon began their family that would grow to total seven children. They moved to Brooklyn Corner in College Heights in 1969 where Betty served as a Cub Scout and Girl Scout leader and was very involved in running the Red Cross Blood Drives at the Knights of Columbus for many years. She volunteered in many capacities at Our Lady of Victory and helped her husband in starting the local St. Vincent DePaul chapter. They loved to travel and her pre-trip packing regime, before setting off in their Cadillac, is legendary.

She loved her children, grandchildren and great-grandchildren more than anything but truly loved all children. She was preceded in death by her husband Walter Jr., her son, Walter III and son in-law, Michael Poorman. She is succeeded by her children, Robert Lumley-Sapanski (Katherine), Theresa, Keith, Kevin (Tena), Ellen, and Claudia Poorman (Kevin) as well as nine grandchildren, Aracoma, Justine, Audrey, Jonathan, Iza, Scot, Heather, Cortney, Taylor and fourteen great-grandchildren.

Funeral mass will be at 10:30 a.m., on Tuesday, November 5, 2019, at Our Lady of Victory Catholic Church, 820 Westerly Parkway, State College, with Father Jonathan Dickson officiating.

To send flowers to the family or plant a tree in memory of Theresa Sapanski, please visit Tribute Store
Monday
4
November

Share Your Memory of
Theresa
Upload Your Memory View All Memories
Be the first to upload a memory!
Share A Memory
Send Flowers