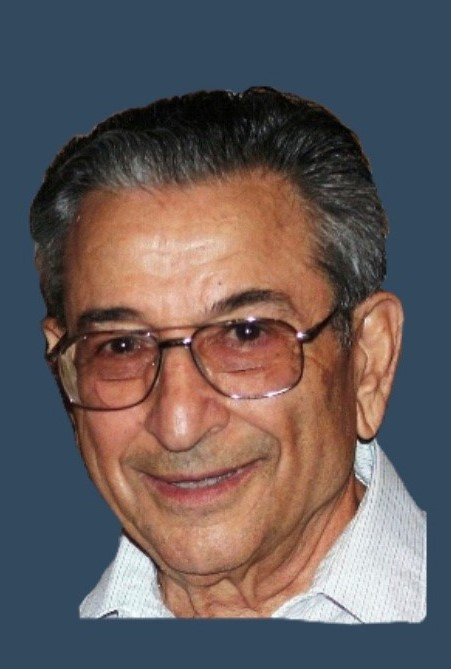 Gus T. Nichols, 86, of State College, PA, died peacefully Sunday, November 10th, 2019 in his home surrounded by family. Born February 5th, 1933 in Bellefonte, PA, he was the son of Steven Nichols and Fanny Lukas. He married Elaine Tzortsos, on June 23rd, 1957, who preceded him in death. Gus is survived by two daughters, Franney Klypka and her husband Mark, of Wayne, New Jersey, and Georgia Verkuilen and her husband Mike, of Belvidere, New Jersey; four grandchildren, Ellyn Klypka, Jennee Klypka, Nicholas Verkuilen, and Alexa Verkuilen. Gus is also survived by his brothers, Angelo and John, of Greece. He, alongside his wife, was the owner of Gus's Dairy Lunch in downtown State College for over twenty years before retiring. He was known by many to have the best cheesesteaks in town and to be the best Pappou, father, husband, and friend that one could ask for. Gus served in the United States Army in Korea from 1952-1955. Visitation will be 6:00-8:00 p.m. on Monday, November 18th at Koch Funeral Home, 2401 S. Atherton Street, State College, PA. Funeral service will be held at 10:00 a.m. on Tuesday, November 19th at Holy Trinity Orthodox Church at 119 S. Sparks Street, State College, PA. Burial will be in Center County Memorial Park, State College. In lieu of flowers, memorial contributions can be directed to Holy Trinity Orthodox Church. If anyone has any favorite memories or stories of Gus and would like to share, please email them to averkuilen21@gmail.com. Arrangements are under the care of Koch Funeral Home, State College. Online condolences and signing of the guest book may be entered at www.kochfuneralhome.com or visit us on Facebook.
Monday
18
November

Share Your Memory of
Gus
Upload Your Memory View All Memories
Be the first to upload a memory!
Share A Memory
Send Flowers