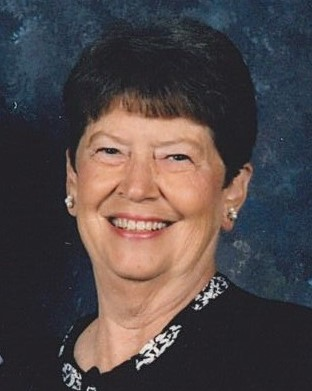 Janet H. Rogers of Ryland Heights, Kentucky died November 11, 2019 at Harmony, State College, PA. Born in Cincinnati, OH, on November 9, 1930, she was the daughter of William and Dorothy Holland. She is survived by her husband of 58 years, William Rogers.

She is survived by her son, Bruce Rogers and his wife, Lynn and daughter, Rebecca of Centre Hall, PA, as well as daughter -in-law, Kenda Rogers and daughter, Kennady Rabe of Villa Hills, KY. She is also survived by her sister, Donna Proctor and her family and many nieces and nephews. She is preceded in death by her parents, three siblings and a son, William Jeffrey Rogers.

Janet was a graduate of Holmes High School in Covington, KY, and received a bachelors and masters degree in education from the University of Cincinnati. She taught kindergarten and first grade at elementary schools in both Cincinnati, OH, and Covington, KY. She was a member and First Reader at Second Church of Christ Science in Cincinnati.

As a teacher, Janet was creative and loving, believing every classroom should have a piano to combine learning with music. In her free time, she was an avid golfer, holding the women's championship title eight times in fifteen years. As a homemaker she was best known for her pecan pies, being a welcoming hostess and her skill at knitting – sweaters and especially Christmas stockings. In her later years, she particularly enjoyed the relaxing lake view from the front porch at their home in Ryland Lakes.

Visitation will be Tuesday, December 3rd from 3:00 to 4:00 with the service to follow at Koch Funeral Home, 2401 S. Atherton Street, State College.

Interment will be at Arlington Memorial Gardens, Cincinnati, OH, at the discretion of the family.

In lieu of flowers, donations can be made to:

Share Your Memory of
Janet
Upload Your Memory View All Memories
Be the first to upload a memory!
Share A Memory
Send Flowers