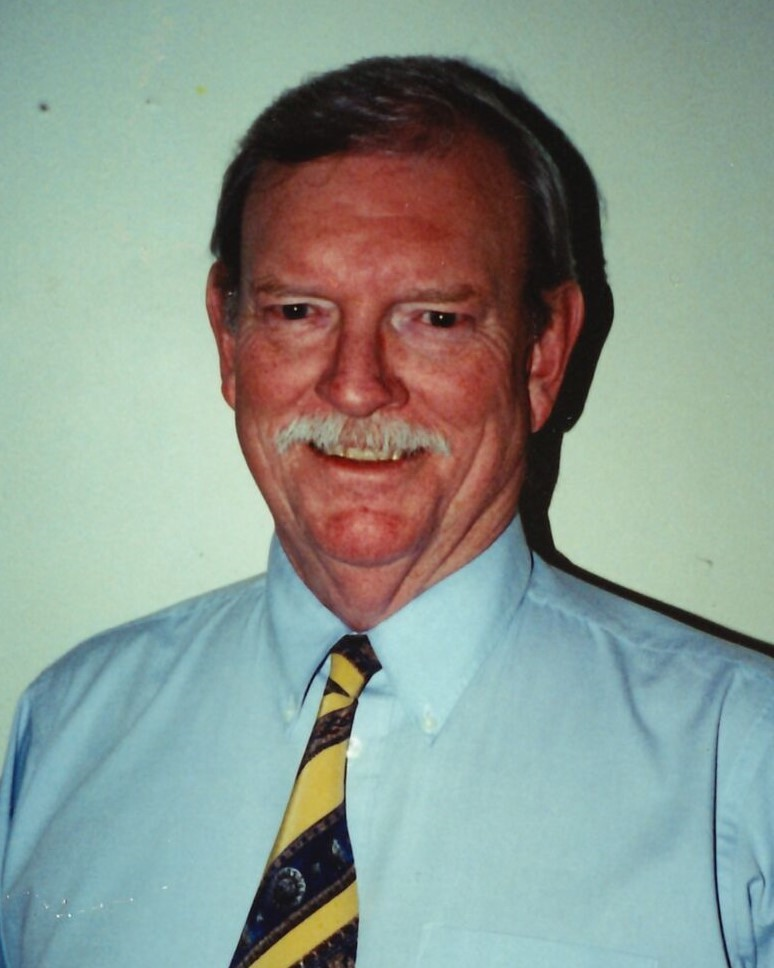 Robert Campbell Hill, born December 23, 1937, of State College died at Mt. Nittany Medical Center, surrounded by his family, on Tuesday, November 26, 2019 following a long medical struggle that began seven years ago. He was a good man. Born in Kearney, NJ to the late Thomas Hill and Ann Campbell Hill, who immigrated from Scotland. He was always proud of his Scottish heritage. Robert felt honored to have served in the U.S. Army from 1956–1959, as a military police officer in Korea, and at Camp Desert Rock in Nevada. He graduated from Long Beach City College and UCLA where he was president of the men's student body and a member of Sigma Alpha Epsilon fraternity. After college, he played professional softball for several years with the famous Eddie Feigner's King and His Court team, travelling around the world. He started out as a stockbroker with Hayden-Stone in Short Hills, New Jersey, then moved to State College in 1972 where he was the resident manager and vice president for more than forty years for the same firm, which kept being taken over, starting as Josephthal, then Prudential-Bache, Shearson, Shearson-American Express, Smith Barney, and eventually Morgan Stanley, until his retirement in 2014. He was known for the celebrity golf tournaments he ran to benefit local charities and nonprofit organizations. He was an avid golfer (longtime member of Centre Hills Country Club) and fly fisherman (often found at his cottage on Spruce Creek, where he was a member of the Colerain Fishing Club). He loved his German Shepherds, Eli and Jake. He is survived by his wife of fifty years, Sandra Cluston Hill, his four sons of whom he was most proud: Beau John Hill of Johnstown (Nikki Costlow), Robert T. Hill (Kimberly Kohler) of State College, Matthew G. Hill (Bethany Stough) of Spruce Creek, and Daniel Hill of Pittsburgh, his three grandchildren: Jaden Veronica Hill, Jefferson Taylor Hill, and Max Casper Hill, and his sister Ann Christine Cochran of Herndon, VA. His extraordinary devotion to his family will be much missed. A funeral service will be conducted by Father Neil Dadey of Our Lady of Victory Church at the Koch Funeral Home, 2401 South Atherton Street, State College, on Monday, December 2, 2019 at 10:30 a.m., followed by burial at Spring Creek Presbyterian Cemetery. In lieu of flowers, donations may be made to PAWS at www.centrecountypaws.org/donate or to Our Lady of Victory Church, 820 Westerly Parkway, State College, PA 16801. Arrangements are under the care of Koch Funeral Home, State College. Online condolences and signing of the guest book may be entered at www.kochfuneralhome.com and visit us on Facebook.
Monday
2
December