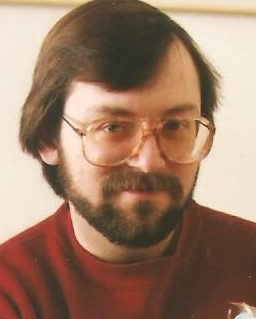 Michael Joseph Petkac, 57, of State College, died Friday, November 29, 2019, at Mount Nittany Medical Center. Born August 3rd, 1962 in Philipsburg, Pennsylvania, he was the son of the late Andrew Petkac and Anna Danko Petkac who survives in Philipsburg. He is survived by three children - Luke, Mark, and Bridget of State College. He is also survived by his brothers, Andrew and John, and friends who loved him. He was preceded in death by his father, Andrew and his daughter, Rachel. Michael was a 1980 graduate of West Branch high school and later graduated from Penn State University and the University of Tennessee. He worked as a system and network security analyst at Penn State for 17 years. Michael was an avid fly fisherman, hunter, and Pittsburgh sports fan. He preferred to spend his time outdoors in the mountains, on the water, and with his family and friends. Visitation will be 6-8 p.m. on Tuesday, December 3rd, at Koch Funeral Home, 2401 S. Atherton Street, State College. Funeral Service will be held at 10:30 a.m. on Wednesday, December 4th, at Our Lady of Victory Church with Father Neil Dadey officiating. Burial will be in Grays Cemetery. In lieu of flowers, donations can be made to the American Red Cross, PO Box 37839, Boone, IA 50037, or a charity of your choice. Arrangements are under the care of Koch Funeral Home, State College. Online condolences and signing of the guest book may be entered at www.kochfuneralhome.com or visit us on Facebook.
Tuesday
3
December