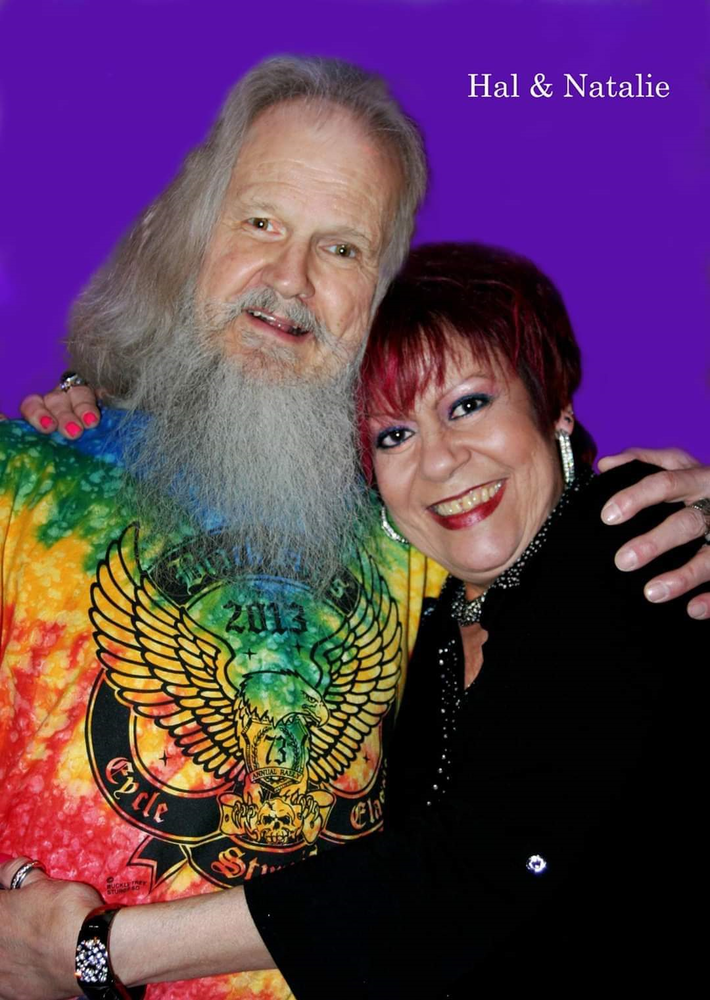 Natalie Ivette Hallock, 71, of State College, died Wednesday, December 4, 2019, at home. Born October 29, 1948, in San Juan, Puerto Rico, she was the daughter of the late Theodore and Nyra Castillo Martinez. On November 11, 1988, she married Hal Hallock. She is survived by two sons, Robert J. E. Hemman III and Michael S. Hemman, both of State College; three step-children, Troy Hallock and his wife, Dawn, of Reedsville, Toie Lewis and her husband, Michael, of Reedsville, Rachel Lawrence and her husband Tyrone Sr., of Seattle, WA; a sister, Maria M. "Millie" of Brown Mills, NJ; a grandson, Michael A. Hemman; five step-grandchildren, Cory Carvalho and his wife, Heidi, of Athens, GA., Ashley Hallock of Reedsville, Tyrone Lawrence Jr. of Seattle, WA., Tiffany Lawrence of Seattle, WA., and Isaac Hallock of Reedsville; Six step great-grandchildren, Kalia, Caleb, Roman, Benjamin, David and Mateo. In addition to her parents, she was preceded in death by a brother, Papo. She grew up in San Juan, Puerto Rico where she also graduated from a catholic high school. Natalie and her husband were involved in many activities in the community including volunteering at the Central Pennsylvania Festival of Arts, children's day and the Haunted Granary. she was a member of HOG and ABATE of PA and was a supporter of motor cycle safety. She also participated in many Salvation Army Toy Runs over the years, along with many other charitable motorcycle events. Visitation will be from 1 until 3 p.m. and 6 until 8 p.m., Wednesday, December 11, 2019 at Koch Funeral Home, 2401 South Atherton Street, State College. Funeral service will be at 11 a.m., on Thursday, December 12, 2019 at the funeral home, with Charles Nidermyer officiating. Burial will be in Greenlee Presbyterian Cemetery, McAlevy's Fort. Memorial contributions may be made to ABATE of PA Centre Line Riders, in care of Steve Lamar, 10 Penny Lane, State College, PA 16803, checks made payable to Centre Line Riders in care of Steve Lamar. Arrangements are under the care of Koch Funeral Home, State College. Online condolences and signing of the guest book may be entered at www.kochfuneralhome.com and Facebook.
To send flowers to the family or plant a tree in memory of Natalie Hallock, please visit Tribute Store
Wednesday
11
December

Share Your Memory of
Natalie
Upload Your Memory View All Memories
Be the first to upload a memory!
Share A Memory
Send Flowers