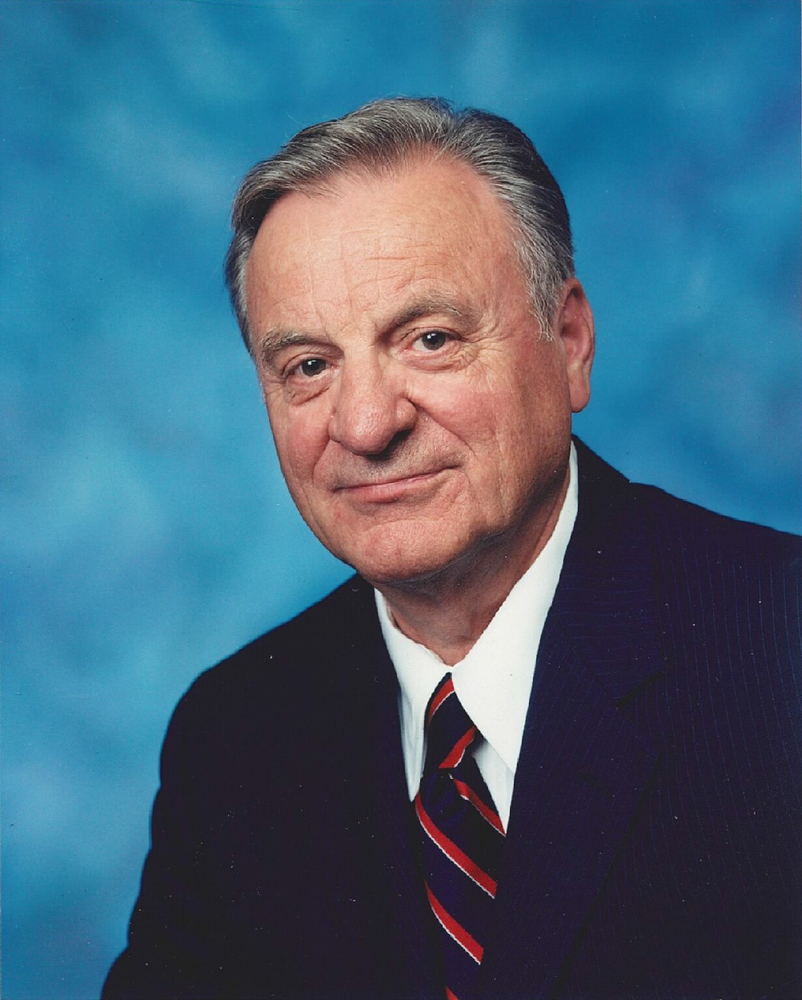 Norman E. "Dimp" Fischer, 88, of State College, died Wednesday, December 11, 2019, at Eagle Valley Personal Care, Milesburg. Born July 21, 1931, in Seneca, Venango County, he was the son of the late Herman E. and Frances Prichard Fischer. On August 22, 1959 he married Joyce Ann Voorhies, who preceded him in death on March 28, 2003. He is survived by his children, Timothy J. Fischer of State College and Michelle A. Fischer Dixon and her husband, George, of Munson; four sisters, Joann Beary and her husband, Gerald, of Oil City, Lois Ann Van Dyke of Henrys Bend, Carol Polenta and her husband, Joseph, of Erie and Connie Dloniak and her husband, Ronald, of Oil City; many nieces and nephews. In addition to his parents, he was preceded in death by his brothers, Vernon Fischer and his wife, Ruth Amore Fischer and Richard Fischer and his wife, Dolores Fischer; brothers in-law, Donald Boyd and Quinton Van Dyke. Norman was a 1949 graduate of Cranberry High School, Seneca, where he also served as Class President. In 1953 he earned a bachelor's in Agricultural Economics and Rural Sociology and in 1962 a master's degree in Rural Sociology, both from Penn State. In 1953, following graduation and a short stint with Penn State, he was activated by the military and spent 1954, 1955 and 1956 in Japan, Korea and California. First, as an Air Force Officer, assigned with the Army and then later, at George Airforce Base as an Air Force Personal Officer in the Mojave Desert. From 1980 until retirement, Norman served on the Pennsylvania State Senate as the Executive Assistant to the late Senator J. Doyle Corman. From 1973 until 1980 he was the Executive Director for the Community Services Office of Centre County. From 1971 until 1973, Norman was the Administrator at Centre Crest, from 1967 until 1970 he was the Director of the Centre County Office for Human Services and prior to that, from 1962 until 1966 he was the Director of the Centre County Office for Aging. He served on the Advisory Committee of the Pennsylvania Association for Retarded Children, Adult Retardate Services Committee and the National Association for Retarded Citizens. He was the Organizer and former Chairman of the Central Pennsylvania Community Action Agency, a charter member and Treasurer of the Centre County Mental Health Agency, served on the Professional Advisory Board for the Easter Seal Society of Centre County, was a board member of the Centre County Lung and Respiratory Disease Society, Executive Secretary of the Centre County Housing Authority, Organizer and Chairman of the Central Pennsylvania Health Systems Agency, and a board member for the Susquehanna Valley Regional Medical Program. Norman was a member of the American Public Health Association, the Pennsylvania Association of County Hospital Administrators and the Hospital Association of Pennsylvania. He was the Organizer and served in the office of the Seven Mountains Emergency Medical Services Council, Chairman for the statewide Health Coordinating Council, Commonwealth of Pennsylvania and a member of the Governor's Advisory Council. He was a board member and Secretary for Mount Nittany Park, Inc, the President, developer and owner of Mount Nittany Residences, a board member, owner and operator of Improved Dwellings for Altoona, Vice Chairman of Foxdale Retirement Village, Chairman of the Voluntary Action Center Board of Directors, board member of Tri-County Habitat for Humanity. He was the Senator's Representative for the following: the WPSX Public Television Advisory Committee, the Board of Directors Centre County Industrial Development Corporation and the Rural Issues Task Force. Norman was a member of Grace Lutheran Church. He was also a fraternal member of the Ferguson Township Lions Club and a member of the F & AM Lodge No. 700 of State College. He was a former member of St. Peter's United Church of Christ where he was Consistory member, adult Sunday School Teacher and a volunteer janitor. He enjoyed attending auctions where he'd purchase antique automobiles and Farmall tractors for his own personal collection. He also enjoyed gardening. Service are private at the convenience of the family, with the Reverend Scott Schul officiating. Burial will be in Pine Hall Cemetery. Memorial contributions may be made to Grace Lutheran Church, 205 S. Garner St, State College, PA 16801 or to a charity of the donor's choice. Arrangements are under the care of Koch Funeral Home, State College. Online condolences and signing of the guest book may be entered at www.kochfuneralhome.com.
To send flowers to the family or plant a tree in memory of Norman Fischer, please visit Tribute Store
Services for Norman Fischer
There are no events scheduled. You can still show your support by sending flowers directly to the family, or planting a memorial tree in memory of Norman Fischer.
Visit the Tribute Store

Share Your Memory of
Norman
Upload Your Memory View All Memories
Be the first to upload a memory!
Share A Memory
Send Flowers