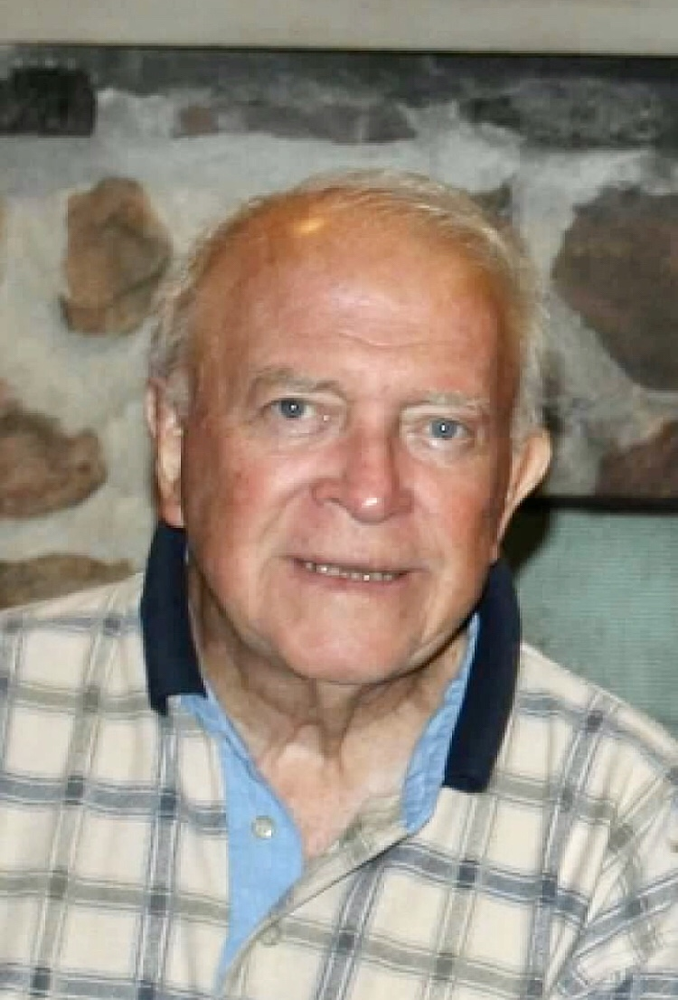 Ed Welser, of Pine Grove Mills, died in his home, surrounded by family, friends, and his beloved dog, on January 13, 2020. He was 89. He was born in Jeannette, Pennsylvania, on June 23, 1930. Edward was preceded in death by Pat, his wife of 62 years, and is survived by their son Roger, daughter-in-law Karen, and four grandchildren, Andrew, Evan, Jenya, and Mari, of whom he was very proud. A child of the Great Depression, Ed served as a meteorologist in the Air Force during the Korean War, which then enabled him to attend Penn State University. He earned his master's degree in meteorology and worked at Penn State's Applied Research Laboratory (ARL) for his entire career. Ed and Pat met in junior high school, where they both served in the Remember Pearl Harbor Club. As a married couple they devoted themselves to a number of hobbies, including bowling, square dancing with Centre Squares and Mount Nittany Squares, playing cards with friends, faithfully following their son's athletic endeavors, and cheering on Penn State football, for which they held season tickets for more than fifty years. They were faithful and active members of Pine Grove Presbyterian Church. Together they vacationed every summer at the family cottage on Lake Weslemkoon in Ontario, Canada, where Ed loved to fish and enjoyed the beautiful surroundings. Ed was an active volunteer in the community. He made many a milkshake at the hospital snack bar; he helped start the Pine Grove Presbyterian Church turkey dinners, which continue today; he worked in the church garden, harvesting vegetables for the residents of the Presbyterian Home in Hollidaysburg. When he could no longer volunteer in person, he continued to serve by supporting charitable work both locally and abroad. Ed was jovial and generous, with a heart of gold and a soft spot for his grandchildren. He loved classic old ditties and zinging his friends with one-liners. Even on his last day, he had witty comebacks for the nurses and words of deep gratitude for all around him. A memorial service will be held on Saturday, February 15, 2020, at 11:00 a.m. at Pine Grove Presbyterian Church, 150 West Pine Grove Road, Pine Grove Mills, PA 16868. A luncheon will follow. In lieu of flowers, memorial contributions may be made to one of the following: Pine Grove Presbyterian Church (address above) or State College Area Meals on Wheels (205 S. Garner Street, State College PA, 16801). Arrangements are under the care of Koch Funeral Home, State College. Online condolences and signing of the guest book may be entered at www.kochfuneralhome.com.
Saturday
15
February