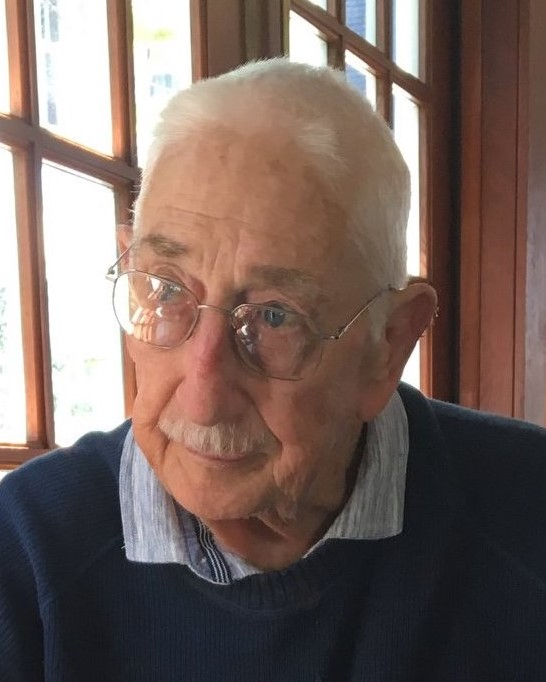 Charles Allen Hubler, a longtime resident of and local business owner in Clearfield County, died on February 28, 2020, at Juniper Village at Brookline in State College. He was 87. Born March 19, 1932, in Morrisdale to Bert C. and Ivy (Mathers) Hubler, he graduated from Morris Township High School. He went on to study at Sullivan Prep School in Washington, D.C., and to work as a mathematician's aide at the U.S. Naval Weapons Laboratory in Dahlgren, VA, before returning to his hometown in 1956 to marry Dolores Tiracorda of Curwensville, whom he had met at a local square dance. The couple settled, first in Bigler and then on Deer Creek Road in Morrisdale, where they had five children and he founded, with his brother William H. Hubler, a logging equipment company that they named Hubler Bros. A member of St. Agnes Roman Catholic Church in Morrisdale, he was an avid Penn State football fan and a leader in his community and profession. He helped to launch the Pennsylvania Logging Safety Council in the early 1970s. The couple retired to Arizona in the 1980s for several years before returning to Pennsylvania. After his wife's death in 2008, he moved to State College. A son, Gannon Hubler of Phoenix, AZ, also preceded him in death in 2013. He is survived by daughters Shawn Hubler and her husband, Bob Magnuson of Sacramento, CA, Erin Hughes and her husband, Brad Hughes, of Irvine, CA, and Heather Talbot of Tucson, AZ; his son Grey Hubler of Butler; grandchildren Alexandra Magnuson Denholm of West Hollywood, CA; Gina Magnuson of Costa Mesa, CA; Katherine Magnuson of Waco, TX; Jake Vandeventer, Molly Vandeventer, Shane Hughes and Elle Hughes of Irvine, CA; Nicole Talbot and Lloyd Talbot III of Tucson, AZ; and Logan Hubler of Chandler, AZ; sisters Mary Lou Dickens of Colonial Beach, VA, and Jane Marra of Spotsylvania, VA; and numerous beloved nieces and nephews.
To send flowers to the family or plant a tree in memory of Charles Hubler, please visit Tribute Store

A Memorial Tree was planted for Charles
We are deeply sorry for your loss ~ the staff at Koch Funeral Home
Join in honoring their life - plant a memorial tree
Services for Charles Hubler
There are no events scheduled. You can still show your support by sending flowers directly to the family, or planting a memorial tree in memory of Charles Hubler.
Visit the Tribute Store